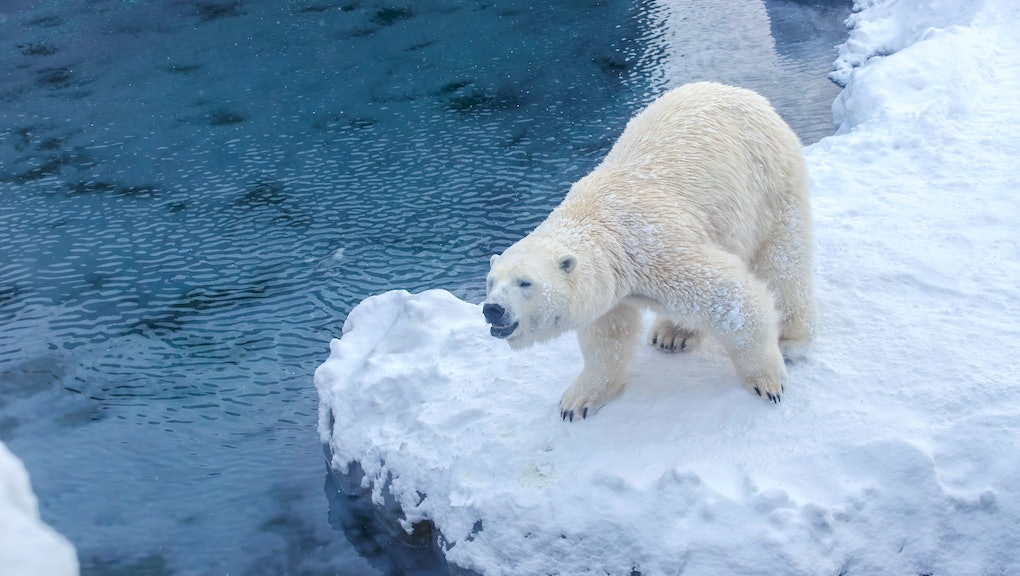 The Earth is currently going through a sixth mass extinction event that stands to become one of the worst in the planet's history. What's more, a study published this week in the Proceedings of the National Academy of Sciences found evidence that the current event is actually accelerating due to human population growth and activity. And unlike previous extinction events, where nature recovered and replenished itself, this human-driven extinction crisis could create permanent damage to the planet that cannot be healed.

The report is actually a follow-up to a previous study conducted five years ago by ecologist Gerardo Ceballos of the National Autonomous University of Mexico and one of the authors of the new paper. That study set out to track the actual rate of extinction and compare it to the expected extinction rate to understand just how fast the existing endangered species were dying out. Ceballos and his team found that endangered creatures were disappearing 15 to 100 times faster than predicted.

This was a dire find, as humans depend on other animals and ecosystems to survive. In the end, future generations will suffer as a result of these disappearing species.

"We are sawing off the limb that we are sitting on," co-author Paul Ehrlich, a Stanford University biologist, said at the time in a press release.

The newest study was intended as a sort of check-up, and researchers found that previous calculations underestimated the rate of extinction in these critically threatened species. To get a more accurate rate, the scientists used the IUCN Red list of Threatened Species and Birdlife International to pinpoint species that are closest to extinction — deemed "on the brink" in the report — with most populations lingering at lower than 1,000 individuals. Then, they estimated how many species on the brink went extinct within the last 100 years. The estimates offered by the already extinct species gave the scientists an idea of how much longer the species on the brink have, though exact numbers are difficult to predict given how quickly the rate can increase (and the absence of some vital information about some species). However, the team didn't have much optimism about the on-the-brink populations, stating they "will likely become extinct soon."

In addition to getting a better idea of how quickly certain animals are disappearing, scientists also explored how the extinction of one species can have ripple effects, as all species in an ecosystem rely on each other in some way. "[Extinction] breeds extinctions," the authors wrote.

Even if a species just barely manages to survive with a few hundred, or even thousand, members, it might not be enough to restore the ecosystem back to what it used to be. The researchers cited the bison as an example: 200 years ago, there were 30 to 60 million of these creatures roaming the North American prairie. The bison population once helped the grasslands with plant management, fertilizer, and balancing the ecosystem. However, humans killed off the majority of the bison population through overhunting and farming, bringing the numbers down to 325 by 1884. Nowadays, bison numbers have recovered to about 4,000, but it hasn't been enough for the species to step back into its ecological role.

"When the number of individuals in a population or species drops too low, its contributions to ecosystem functions and services become unimportant," reported the researchers. "Its genetic variability and resilience is reduced, and its contribution to human welfare may be lost."

The authors added, citing another scientist’s study, that, "[in] a sense, bison and many other species with tiny populations have become what Janzen has termed, in a slightly different way, 'ecological zombies,' still there but not significant for ecosystem function." In the end, despite the recovery in bison numbers, the initial destruction of the population means that "the great majority of North American prairies have been destroyed."

The researchers hope examples like this, and the estimates from their study, will spur experts and activists to push for greater conservation efforts. They believe the IUCN should label any species numbering under 5,000 as critically endangered (the current number required for that designation is 250). Governments also need to address the legal and illegal wildlife trade, which the scientists say is important to human health, pointing to the Covid-19 pandemic as evidence of human action causing problems within both the ecosystem and our own well-being. The authors acknowledged that some communities still rely on this wildlife for food, however, and urged politicians to provide food for those in need.

Acting promptly is the key to preserving our livelihoods. "Every time a species or population vanishes, Earth’s capability to maintain ecosystem services is eroded to a degree, depending on the species or population concerned," stated the scientists. "The effects of extinctions will worsen in the coming decades, as losses [...] change entire ecosystems."

Saving the diverse species of animals, plants, and insects in our world is also saving ourselves, they added. "Humanity needs the life support of a relatively stable climate, flows of fresh water, agricultural pest and disease-vector control, pollination for crops, and so on, all provided by functional ecosystems."

More like this
Biden's big Earth Day climate pledge did not impress everyone
By AJ Dellinger
"Brood X," a plague-level cicada infestation, is coming for us this spring
By Rafi Schwartz
The skyscrapers of the future will be made of wood
By Rima Sabina Aouf
Stay up to date