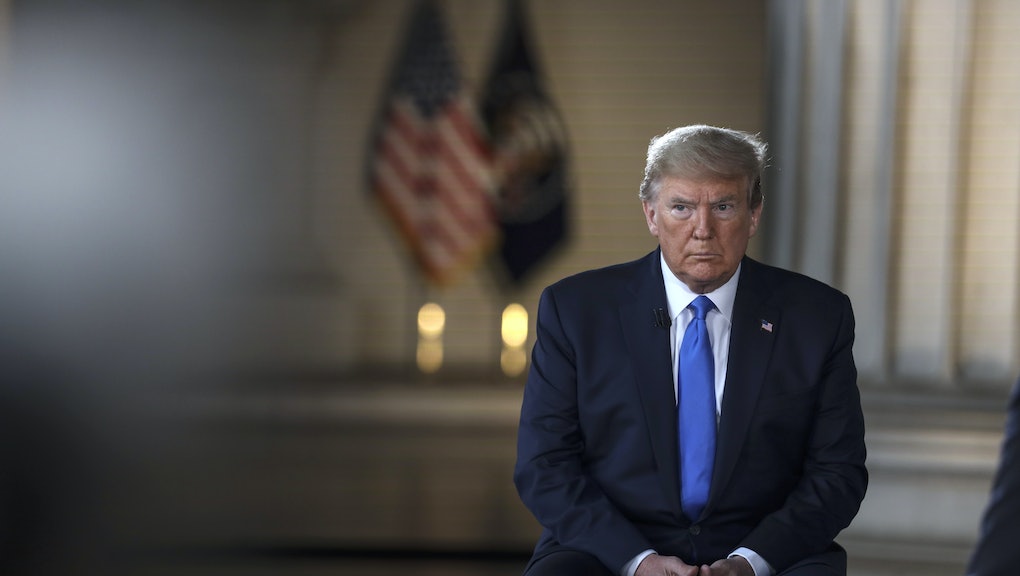 The federal government is preparing to send thousands of people to their deaths, every day. According to internal government documents acquired by The New York Times, the administration is now projecting that the country will experience more than 3,000 deaths every day as soon as June 1 due to coronavirus. Currently, that number averages around 1,750. Per the Times’s report, published Monday, the numbers are based on modeling by the Centers for Disease Control and Prevention. But at the same time as his administration’s scientists are projecting death tolls on the order of a new 9/11 attack every single day, President Trump is urging states to reopen their economies and ease on social distancing restrictions. Desperate to turn around the grim economic trend lines that have erased all the gains the economy has made since he took office, Trump appears prepared to throw human lives into the thresher as grist for the market.

At the end of the day, coronavirus has not become less infectious. The shutdown strategy adopted across the country has helped mitigate the rate of transmission, but it has not made the virus any less infectious or deadly. But rather than show any semblance of steady leadership, Trump and his government have ricocheted from number to number, policy to policy, in search of the one that will juice his re-election chances the most at any given moment.

“While mitigation didn’t fail, I think it’s fair to say that it didn’t work as well as we expected,” said Scott Gottlieb, Trump’s former commissioner of the Food and Drug Administration, on CBS News’s Face the Nation on Sunday. “We expected that we would start seeing more significant declines in new cases and deaths around the nation at this point. And we’re just not seeing that.”

The increasing contrast between the White House’s scientific data and its political and economic directives underscores the sense of an administration stumbling over itself, trying to play catchup while failing to provide coherent direction to a nation of people and local governments desperate for guidelines. People with a responsibility for actual decisions have been left totally in the wind; even Republican governors are flying in coronavirus tests from abroad and using the National Guard to protect them from the federal government’s willy-nilly approach to acquiring coronavirus supplies. Nowhere is this vacuum of leadership from the top more evident, in fact, than in the country’s patchwork approach to testing.

On Monday morning, Dr. Ashish Jha, director of the Harvard Global Health Institute, penned an op-ed for NBC News. He observed that after “weeks of pressure from public health experts and state leaders asking for a national testing strategy,” the White House had finally offered a "testing blueprint" on April 26 — notably, as an an addition to its Guidelines for Opening Up America Again, because the information wasn’t included in the guidelines’ initial rollout. Obviously, two months into a pandemic seems a bit late to announce a blueprint for national testing, which must form the bedrock of any plan to safely open the country back up; you simply can’t declare that the outbreak is slowing without having a moderately accurate idea of how many people have the virus.

The Trump administration appears to believe better late than never, though — except as Jha points out, “just like the earlier guidelines, it falls short on the details.” While the blueprint crucially acknowledges that testing is important, it essentially abdicates the responsibility of actually conducting the tests, leaving that work up to states. This is problematic for a number of reasons — for one thing, states are going broke due to lost tax revenue, and Republicans don’t seem particularly inclined to bail them out.

The virus doesn’t acknowledge state borders, either. So even if one state commits significant resources to testing, any resulting progress could be undone by any of its neighbors allowing a viral hotspot to remain undetected and untreated — especially if relaxed social distancing measures, as Trump seems to desire, enable people from that hotspot to travel unencumbered. Without a national program, there will not be a national response; meanwhile, Democrats had to fight just to get a relatively measly $25 billion in testing funds into the most recent stimulus package. “States have been asked to develop their own plans and rapid response programs, and urgently needed national coordination remains elusive,” Jha concludes.

Two months into the crisis, Trump still appears to be lost. And without the rudder of a strong federal response, the people responsible for making decisions at the state and local level are left to wade into the current on their own. Take Jersey City Mayor Steve Fulop (D), who tweeted about the “three BAD choices” he had in front of him:

Fulop’s tweet captures the dilemma faced by local governments around the country. The president, unwilling to face the responsibility of making hard choices, has pawned the burden off on states and cities, who are left trying to come up with local solutions to a national problem.

The result is that states are opening up at wildly different rates, on wildly different timelines, even as national infection rates keep rising. In Georgia, which began opening up on April 24, the risk of contracting COVID-19 has increased by 40% since Republican Gov. Brian Kemp made the decision to ease social distancing rules, according to Forbes analysis. Other states are forming their own consortiums, like the seven Northeast states who announced over the weekend that they’ll be banding together to buy their own protective gear. “This will increase our market power and help prevent price-gouging,” tweeted New York Gov. Andrew Cuomo (D). “States are stronger when we work together.”

While this observation is accurate, it belies an obvious truth: Seven states working together is good, but 50 states would be better, especially with an actual president at the helm.

More like this
We learned collective grief from 9/11. We could really use those coping skills right now
By Melissa Pandika
Vaccines are good. Threatening to evict someone over them is not
By Rafi Schwartz
I never want Tucker Carlson to stop talking about Nicki Minaj's cousin's friend's enormous balls
By Rafi Schwartz
Stay up to date