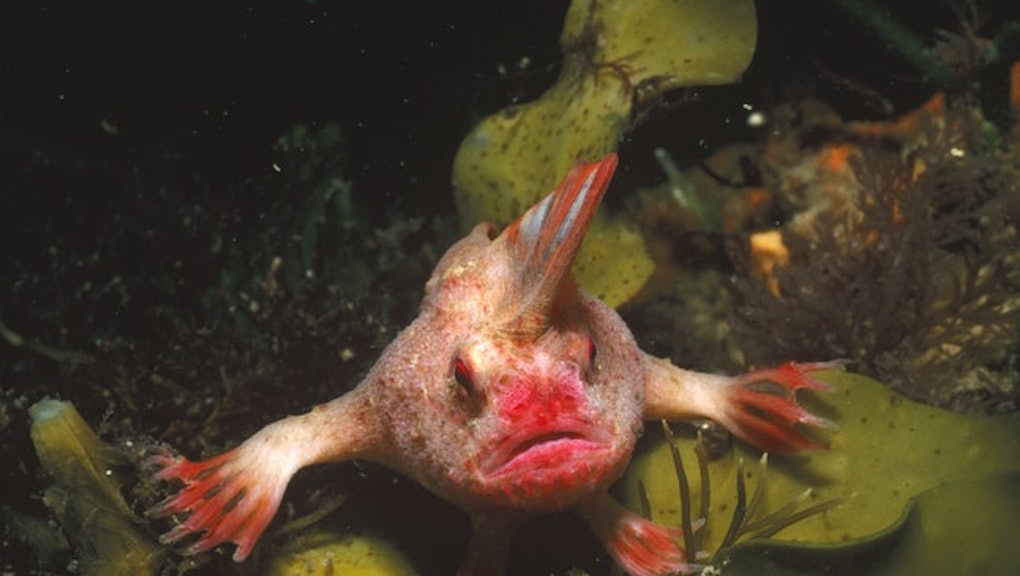 When nature couldn't heal: The species we lost in 2020

Earlier this year, "nature is healing" became a meme after animals were spotted venturing into humanless cities all over the world during pandemic lockdowns. But the truth is nature isn't healing, and the brief respite in emissions coronavirus restrictions provided didn't last. In fact, things are actually getting worse as the Earth undergoes a sixth mass extinction driven largely by human activity. The effects of climate change are also on track to kill more people than infectious diseases, and studies have predicted that failing to address our changing atmosphere could spur more pandemics in the future.

Unfortunately, not everything came to a halt during the lockdowns. Industrial activity, poaching, and rollbacks of environmental regulations have continued on without us.

So, despite the pause we've all placed on our lives, 2020 still comes with the sad environmental news that 31 species have gone extinct, according to the International Union for the Conservation of Nature (IUCN). Among those lost are a species of shark, 15 species of fish, and three frogs. At least 24 additional fish and frogs are critically endangered or possibly extinct.

A shark species aptly named the Lost Shark (Carcharhinus obsoletus) is either extinct or critically threatened; no one has seen it since 1934. These creatures, just listed on the IUCN list last year, lived in the South China Sea, which is known as one of the most overfished and overexploited oceanic regions in the entire world.

Due to those dire circumstances, the IUCN believes it's highly likely that the species is extinct. However, there's a small glimmer of hope that there may be some in hiding that could be rediscovered in the future.

This year, we also lost the Smooth Handfish — a pudgy, clumsy, frowny-faced fish that walked on its fins like a disoriented puppy. Thorough searches over the past 200 years had failed to turn up any sign of the smooth handfish, leading the IUCN to declare the species extinct.

Other species of handfish are in danger as well. At least seven haven't been seen since the year 2000 or earlier. Destructive fishing practices and warming waters have been labeled the culprit behind the handfish's decline.

Lake Lanao, the second largest lake in the Philippines, has also suffered a major loss of at least 15 native species of freshwater fish. Two remaining species have been declared critically endangered or possibly extinct.

The main reason for their loss is due to the accidental introduction of invasive, predatory species that hunted the fish down. When combined with overfishing and destructive fishing methods, the Lake Lanao just couldn't keep their numbers up.

Three species of Central American frogs are also extinct, and an additional 22 from Central and South America are also considered critically endangered or possibly extinct. This includes species such as the Chiriqui Harlequin Frog and the Splendid Poison Frog.

Conservationists and researchers caution that about half of all known species of amphibians are at risk of extinction. The root cause is a weird fungal affliction called chytridiomycosis disease. It appears to affect the skin of amphibians, causing issues with breathing and water absorption. This disease has caused mass die-offs and extinctions of over 500 species of amphibians.

Unfortunately, researchers are still baffled by the disease. Pile on the problem of dwindling habitats due to human activity, and amphibians and frogs are looking at a rough future.

Other threatened and endangered species

In addition to extinctions, the IUCN updated its threatened and endangered species list. Now, all the known freshwater dolphins in the world are threatened due to human impact on their habitats.

Plants are in trouble, too, with nine types of Asian oaks and three species of Macadamia nut trees at risk of extinction. Trees can produce food and homes for other creatures, so the loss of one tree species could cause great harm to the surrounding ecosystem.

"A healthy natural world is vital to our wellbeing," said Dr. Andrew Terry, director of conservation and policy at the Zoological Society of London, in a press release. "Seeing so many species joining the Extinct category, many of which have only just been discovered, is heartbreaking."