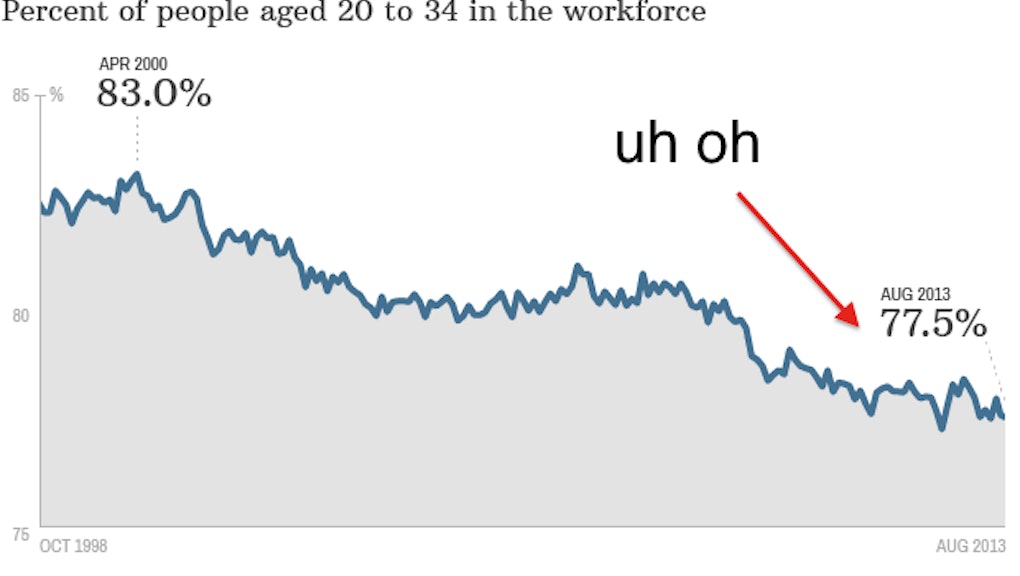 10 Predictions That Will End Up Being True in 2014

The year 2013 is all but said and done. Now it's time for us to assess what we're likely to face in 2014, from international conflicts to Peter Jackson films.

Here, then, are our predictions for the coming year.

The United States can look forward to a year of partisan bickering and nitpicking as pundits hyperventilate the upcoming midterm elections. While they’re likely to drive the national dialogue, the midterms are unlikely to have a profound change on the composition of either the House or the Senate; the former will remain in Republican control, and unless the Affordable Care Act proves to be an unremitting disaster, the latter will stay in Democrats’ hands. Elsewhere, India, Bangladesh, Indonesia, Brazil, Uruguay, and Thailand will select heads of state next year, UN troops will use force to quell conflict in the Central African Republic, the Syrian civil war will continue without end, dangerous and disappointing brinksmanship over uninhabitable rocks in the Pacific will escalate, and Kim Jong-un will fax more threats to South Korea.

Despite recent gains, market growth in the United States is likely to slow in 2014, especially now that the Federal Reserve has begun tapering its buying of bonds. European markets are likely to continue their slow trudging toward normalcy, though widespread protests against austerity measures are likely to continue. China’s Third Plenum reforms will begin to be implemented, giving investors greater access to the country’s industries, and mitigating slowing growth. And news outlets will feel compelled to keep reporting on Bitcoin’s every move, in order to prove that they not only understand cryptocurrency, but have latched onto the next big thing.

Finally, when it comes to U.S. millennial unemployment (those under the age of 30), the above graph shows a sobering trend. The number of young people participating in the American workforce has steadily declined since the turn of the century, and that trend shows no sign of turning around in 2014.

However, most tech companies will be focused on discovering and releasing the next big device. To that end, Apple may release its iWatch, and is rumored to be working on its own Google Glass-challenging headset (pictured).

Drones will also remain in the news, as their role in both military strikes and civilian airspace continues to increase. Don't expect to stop hearing about the next big drone innovation any time soon.

Unfortunately, we’re likely to see more extreme weather events and natural disasters like Typhoon Haiyan in 2014. While arctic sea ice recovered a bit this year, geopolitical scrambles over oil-rich Arctic sea beds are likely to continue, and weather patterns are likely to change. Whether or not you agree with the scientific consensus about climate change, it’s clear that we need to reconsider where we’re building our homes and cities, and how we can best protect people from future disasters. On the bright side, we’ll also get to see more stunning photos of historic snow storms.

Between Russia’s Winter Olympics and Brazil’s World Cup, 2014 will be a huge year for both global sporting events — and for protests concerning gay rights and economic inequality.

In the United States, the controversy over concussion-related brain damage will continue for hockey, football, and boxing, and will extend to new sports. On the bright side, we may be able to celebrate an increasing number of openly LGBT players in 2014, and the Southeastern Conference will get its own network.

Of course, the New York Jets will continue to suck.

Print publications will continue to die off in 2014. Newsweek, the venerable magazine that was famously sold for a dollar in 2010, is about to relaunch, but seems likely to fail. New York Magazine, a much-beloved weekly, has already announced a shift to biweekly publication, and further layoffs are expected at newspapers and large publishers like Time, Inc. Meanwhile, media organizations’ shady labor practices will remain under scrutiny.

Social media companies will increasingly fill the void left by print publications, especially as Facebook tries to reposition itself as a curator and promoter of news stories. As such, we can only hope that there is one important, shocking, powerful, ridiculously awesome, tragically beautiful, and deeply profound backlash to the vague and smarmy clickbait headlines that currently drive online media. Such a backlash would, truly, restore our faith in humanity. Wow.

On television, Girls and Game of Thrones (pictured) will return to HBO, Jimmy Fallon will take over The Tonight Show in February, How I Met Your Mother will end in March, and the show 24 will air for the first time in four years. The final season of Mad Men will begin in the spring, and with any luck, most of us will go back to not caring about Duck Dynasty.

A number of Top 40 musicians will release new albums, some posthumously. Johnny Cash, Jay-Z and Kanye West, U2, Adele, Beck, Bruce Springsteen, Dolly Parton, Stevie Wonder, and Pharrell Williams will all come out with new work. Meanwhile, Miley Cyrus’ handlers will experience blind panic when they run out of ways to show the young star naked.

When it comes to film, the deluge of blockbuster remakes, sequels, and spinoffs will continue in 2014, from RoboCop and Godzilla remakes, to a long-anticipated sequel to 300, to the new Muppets movie. Comics-based films will include The Amazing Spider-Man 2, X-Men: Days of Future Past, and Captain America: The Winter Soldier. The final installment of The Hobbit will hit theaters in December, and Tumblr will be overwhelmed by feelings in June, when the film adaptation of The Fault in Our Stars is released.

Of course, none of the above really matters, because the world is going to end on February 22nd. The Mayan calendar may not have felled us, and rapture advocate Harold Camping may have passed away, but that doesn’t mean we’re out of the woods yet. In November, the Jorvik Viking Center sounded horn that signals the arrival of Ragnarok, Norse mythology's equivalent of the apocalypse, marking 100 days until the end of the world. According to the Daily Mail, if the prediction holds true, "All morality would disappear and fights would break out all over the world, signalling the beginning of the end," or summing up the average issue of that British tabloid.

We're not saying that Odin will die, that wolves will devour the sun and moon, and that the sea will swallow the trembling land as poison fills the air, but it couldn't hurt to buy some bottled water just in case.