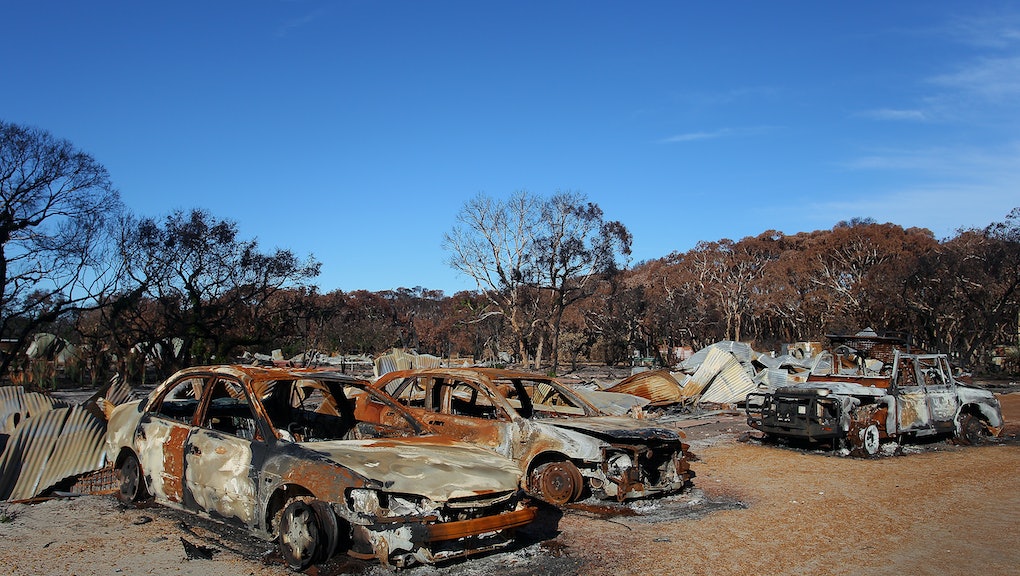 Australian bushfires in New South Wales are finally no more

Australia's bushfire nightmare is finally coming to an end. After 240 days of fire fighting, enduring thick smoke, and watching homes and animals go up in flames, the New South Wales (NSW) Rural Fire Service has declared that there are no more active bush or grass fires in the state of NSW. The members of the Rural Fire Service, an organization made up of over 70,000 volunteer firefighters, have been fighting the fires since July 2019.

In total, the fires have destroyed more than one-fifth of Australia's woodlands, killed over 25 people, burned nearly 3,000 homes, and affected about a billion Australian animals living in wildlife sanctuaries that were in the path of the blazes. The devastation and intensity of the fires have been stunning to both wildlife conservationists and firefighters. Most of the bushfires hit NSW the hardest; residents of the state's capital, Sydney, had to deal with hazardous smoke for weeks.

Although the country regularly deals with a fire season, this summer's (it's summertime in Australia) fire season was different. Firefighters had to deal with extremely hot and dry temperatures that fueled and combined the fires into uncontrollable sizes.

"You haven't had bushfires like these bushfires before," Greg Christensen, mayor for the Scenic Rim regional council in Queensland, told reporters in November 2019. That sentiment did not change as the unusually long fire season continued. Last month, according to CNN, the fire service called this season "very traumatic, exhausting and anxious" while the deputy commissioner, Rob Rogers, said it was "a truly devastating fire season for both firefighters and residents, who've suffered through so much this season."

News of the fires spurred and inspired people around the world to donate toward fire relief efforts, create fundraisers to support Australia's firefighters, and even make changes to their personal lives in the hopes that a more sustainable lifestyle could reduce the chances of an extreme event like this again. But along with hope came news of despair. Researchers were concerned that the wildfires could have contributed to the creation of even more extreme weather events due to the amount of carbon dioxide pumped into the air. Australian farmers and wildlife specialists feared it would take decades before the environment recovers enough to support life again. Other experts worried that the next fire season could bring more flames that would kill young plants before they could produce enough seeds to recover the population.

Some critics have placed some of the blame on the Australian government for worsening the blaze. For years, the country's prime minister, Scott Morrison, has openly pushed for the use of fossil fuels and dismissed the concerns of environmentalists who said Australia was going to be hit hard by the effects of climate change. He resisted attempts to reduce the country's greenhouse gas emissions, refused to address climate change or increasingly warming temperatures at all, and even stripped $12.9 million in funds from NSW's fire defense budget. The result was a halfhearted government response to the raging fires — in fact, the prime minister was caught vacationing in Hawai'i while NSW was burning.

When he returned to Australia to visit the affected areas, upset residents and firefighters openly confronted him about his inaction. Instead of catching moments of inspiration and confidence in the Australian government, the camera caught Morrison forcing people to shake his hand for photo ops even when they refused.

"So many people here have lost their homes," pleaded one woman as she was shushed by an aide. "We need more help."

A downpour of rains across the region has helped firefighters extinguish and control the fires. After eight months of struggling with the blazes — with volunteer firefighters missing their regular work and taking on the costs of food and fuel — the NSW Rural Fire Service is finally able to celebrate the end of the bushfires. However, Australia's woes aren't completely over just yet. The rains have come at a cost: There are now flash floods in eastern Australia that have already cut the power to homes in Queensland. And the flash floods could be worse in areas that have been burned down because there's no vegetation to absorb the rain.

"It's a pretty vicious cycle, unfortunately," said Julia Holman, of the Australian Broadcasting Corporation, to NPR. "The rainfall has been welcomed mainly because it has put out these enormous bush fires that we've had. And so the fires have now been extinguished, which is wonderful news. But the rainfall in some parts has been extreme and too much for emergency services to cope with in some cases."

NSW is now bracing for a week-long 'rain bomb' and heavy rainfall that could cause property damage for residents in high risk areas.

More like this
Google Earth's new Timelapse feature is a rude awakening for climate skeptics
By AJ Dellinger
The ocean is about to swallow a climate research facility, which feels fitting
By AJ Dellinger
Leaked calls reveal the conservative "master plan" to tank climate action
By AJ Dellinger
Stay up to date