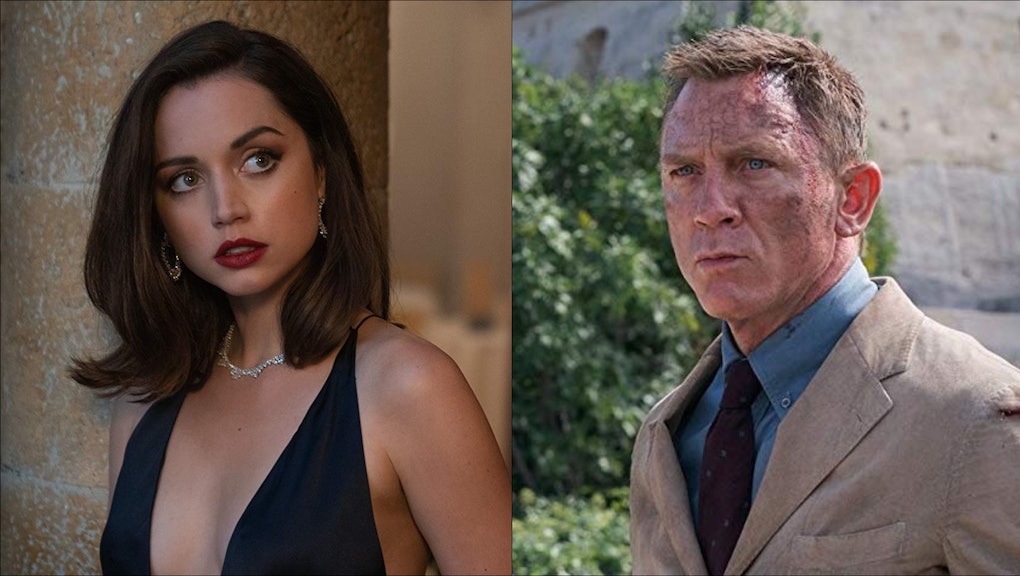 No Time To Pee: The new James Bond movie clocks in at 163 minutes

James Bond may have No Time To Die, but movie execs seem to think his fans have all the time in the world.

According to Regal movie theaters, the new Bond flick — the 25th installment in the 007 franchise, out April 10 — clocks in at a cool 163 minutes. It’s the longest film in the history of the Bond franchise. If you’re planning to see No Time To Die in theaters, maybe skip the soda… you’re strapping in for a 2 hour and 43 minute viewing experience with no bathroom breaks.

Making a super long movie has always been a way for directors to let audiences know their film is Really Important. Titanic clocked in at 3 hours and 14 minutes, and it won Best Picture at the 1998 Oscars. Same goes for Schindler’s List, which ran 3 hours, 15 minutes and took the top prize in 1994. Martin Scorcese’s bet in this regard — last year’s The Irishman, which was a whopping 3 hours and 30 minutes long — did not pay off, however. The film was nominated for ten Academy Awards but failed to win any of them.

Protracted films are also a popular way of wrapping up an epic story or franchise. Last year’s Avengers: Endgame from Marvel is the perfect example: it ran 3 hours and 2 minutes… and became the highest-grossing film of all time. The final installment in the Lord of the Rings saga, Return of the King, was 3 hours and 21 minutes. It became the first and only movie in that franchise to win Best Picture.

No doubt the Bond franchise is trying to stir up a bit of that movie business magic for itself. To be fair, No Time To Die has a lot of stray threads to tie up. It is Daniel Craig’s final outing as the enigmatic secret agent, and they’ve gotta send him off with a bang.

Also, a whole lot of skilled writers took a whack at the script at different points. Longtime Bond screenwriters Neal Purvis and Robert Wade penned a first draft, which Casino Royale and Quantum of Solace screenwriter Paul Haggis revised. Then his rewrite was rewritten by Scott Z. Burns… and at Craig’s request, Fleabag and Killing Eve mastermind Phoebe Waller-Bridge polished the script in early 2019. There had to have been a whole lotta good content for director Cary Joji Fukunaga to sort through. It was probably hard to whittle down the 25th Bond movie to just 163 minutes.

Still, movies on the whole have definitely been getting longer… In addition to The Irishman and Avengers: Endgame, which both topped 3-hours, 2019 film It Chapter Two was 2 hours and 50 minutes long. Uncut Gems and Once Upon a Time… in Hollywood each ran 2 hours and 40 minutes; Ford v. Ferrari was 2 hours and 32 minutes.

That’s a long time to sit in a dark theater surrounded by strangers without a break! It’s also a confounding trend in an era when traditional movie studios are competing with the likes of Netflix and Amazon, which increasingly release high-profile films direct-to-streaming, where viewers can pause them and use their own bathroom and maybe get a snack. Coronavirus shut down the theater business in China this winter; here in America, a lot of folks are afraid of gun violence at the movies. Plus it costs upwards of $20 to see a film in theaters, whereas streaming services offer unlimited content for under $10 a month. When you think about it that way, staying home and watching movies on your couch is a no-brainer.