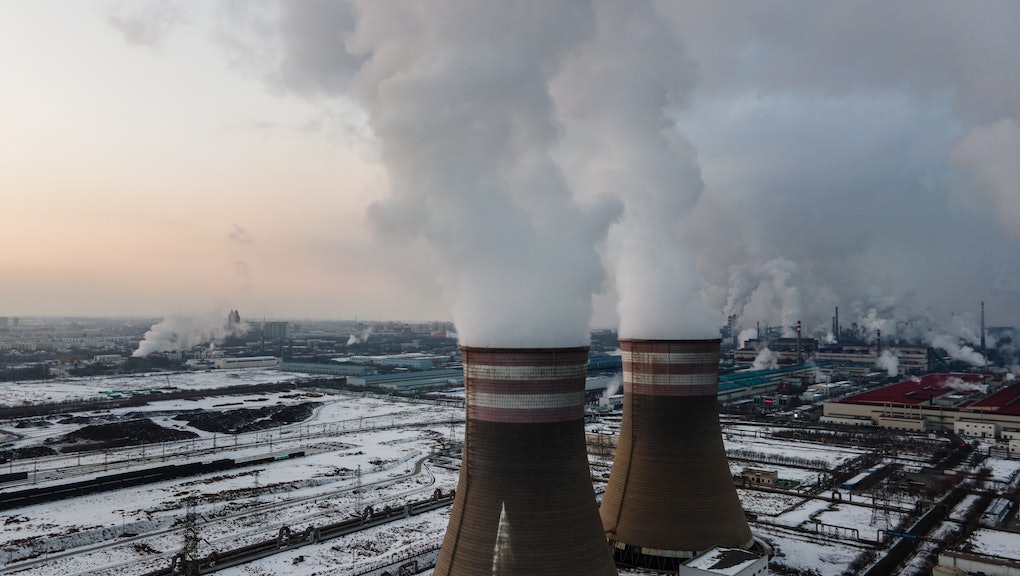 It's 11:02 p.m. on a Sunday night and you have an assignment due at midnight. You knew that this paper was due tonight weeks ago — thank you syllabus — but you are just now sitting down with a mostly blank Word document and need to fill it with something cohesive, something passable. We’ve all been there, but it's not a great way to succeed as a student. However it's an even worse way to succeed as a planet, yet world leaders are doing the equivalent in their attempts to address climate change. According to a recent report from the United Nations about the world's progress on the Paris Agreement, many countries are procrastinating on providing new climate targets, or coming up woefully short with the proposals that they do submit.

December marked the five-year anniversary of the Paris Agreement, which meant participating members including the newly re-joined United States are asked to submit updated plans — known as Nationally Determined Contributions, or NDCs — that show how they will reduce carbon emissions in the coming years. According to the U.N.'s initial NDC Synthesis Report, just 75 of the 195 signatories on the Paris Agreement had provided a new or updated plan. Those countries account for about 30% of global greenhouse emissions, meaning the biggest polluters are also the ones dragging their feet. China alone is responsible for about the same level of emissions as all of those 75 countries combined, and the U.S. and India combine to account for nearly the same amount.

Making matters worse is that while the responsible nations managed to get their NDCs in ahead of time, the results of their proposed actions won't make much of a dent in the global climate crisis. The U.N. analysis estimated that if all 75 countries meet their self-determined goals, it would reduce emissions by less than 1% by 2030. The U.N. has warned that we need to cut our global emissions level by 50% by 2030 if we're going to put ourselves on track to avoid the worst-case scenarios that climate change may bring.

Now, it's not necessarily fair to blame these countries for their plans’ lack of impact, because they are largely not the major polluters. It’s countries like China and the U.S. that really need to shape up. Still, some quick napkin math reveals that 1% is significantly less than 50%. It's so bad that U.N. Secretary-General António Guterres called the findings of the report “a red alert for our planet.”

Look, we've all put things off to the very last minute. The U.S. technically has an excuse because it was not a part of the Paris Climate Agreement when the new plans were due. (Insert some weak excuse about a substitute teacher objecting to the coursework and not handing out the correct assignment or something, and we’re not responsible for that, I don't know, it's complicated.) But the U.S. is back now and committed to being a global leader on climate change. And it's time to lead by example.

Reports have indicated that emissions levels stagnated in 2019 and likely dropped in 2020 due to the coronavirus pandemic. But having most of the world on lockdown for months at a time is not a feasible or sustainable way to bring down emissions levels. Countries like the U.S. and China need to put forth their plans and show the rest of the world that they are committed to a global effort to preserve the planet. This assignment might as well count as 100% of our grade for the semester, and failing would result in catastrophe.

More like this
Amid daily reports of catastrophe, Americans are finally starting to realize climate change is bad
By AJ Dellinger
Bernie Sanders simply does not care about your archaic Senate rules
By AJ Dellinger
Much of the American West is on fire. Again
By Vanessa Taylor
Stay up to date