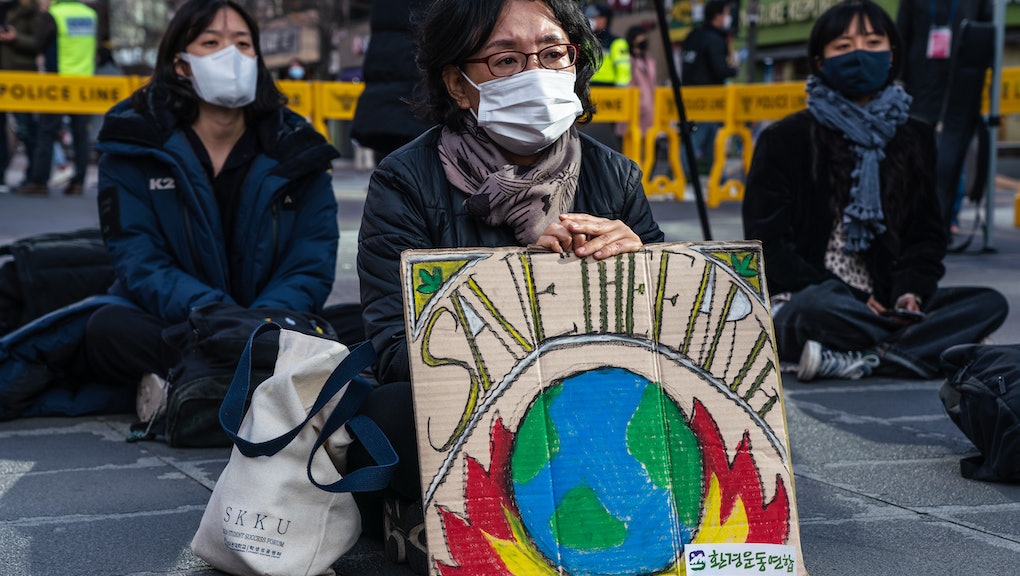 Humans have known that climate change is real and caused by us idiots for nearly half a century now, and yet we've taken little action to address it. That has left us dangerously behind schedule in our efforts to stave off its most devastating effects, according to a new report published by the United Nations. Addressing this problem will require many of the world's biggest polluters and consumers of fossil fuels — both wealthy individuals and massive corporations — to make dramatic shifts in their daily lives and operations, with catastrophic results looming if they fail to act.

The 11th annual Emissions Gap Report, published Wednesday by the United Nations Environment Program, found that despite increased awareness about the reality of climate change, greenhouse gas emissions continued to rise over the course of the last decade. Global emissions climbed by an average of 1.4 percent each year between 2010 and 2019. Lest one think that we're making progress, 2019 actually saw the biggest spike in emissions, driven largely by wildfires, which are both the result of and a contributor to climate change.

2020 did divert from this upward trend, in large part due to the coronavirus pandemic. The UN estimates that emissions will drop by about seven percent globally this year. That would be about on par with the level of reduction in emissions that we should have been targeting through reliance on renewable resources and a shift away from fossil fuels. Instead, it took most of the industrialized world shutting down and staying inside for weeks at a time — the type of intervention that can't feasibly be replicated when there isn't a raging global pandemic.

In the long run, the drop off in emissions in 2020 will be "negligible," according to the UN. The organization's experts estimate that the coronavirus lockdowns lowered 2050 temperature projections by just 0.01 degrees Celsius. Seeing as we're currently expecting a global temperature increase of more than 3.2 degrees Celsius and our goal is to keep it under two degrees Celsius, that fraction of a degree won't make much of a difference.

That's not to say that everything is doom and gloom in the latest UN report. If anything, the last decade has seen an increase in awareness about the very real, likely disastrous outcomes that climate change will bring. That has put the world's biggest polluters increasingly on notice, and while they certainly have not yet changed their ways in a significant enough fashion that has led to a reduction in greenhouse gas emissions, they are at least finally starting to make promises and say the right things.

Earlier this year, China, the world's biggest emitter of greenhouse gases, made a pledge that it would reach carbon neutral status by the year 2060. The United States, the second-largest contributor of greenhouse gases, just elected a President who is promising to re-commit the country to the global Paris Climate Agreement and campaigned on a plan to achieve net-zero carbon emissions by 2050. Even major oil and gas companies, the primary drivers of our ongoing fossil fuel addiction, like BP and Shell have pledged that they will likewise reach net-zero emissions by 2050. Other major corporations like Microsoft have gone even farther, promising to remove all carbon it has ever emitted — a milestone that Google achieved this year.

Countries around the world will have an opportunity to set their sights on a dramatic reduction in carbon emissions in the coming weeks. Saturday marks the fifth year anniversary of the signing of the Paris Climate Agreement, and brings the opportunity for countries to set new goals for themselves for the coming decade. Most countries fell woefully short of their initial pledges, and most of those pledges were insufficiently ambitious to begin with. The five-year mark represents an opportunity to correct course, with the knowledge that the viable paths forward for the planet are growing increasingly narrow. The last decade was filled largely with inaction, but at least some realization that time is running out. The next decade needs to be the time to act.