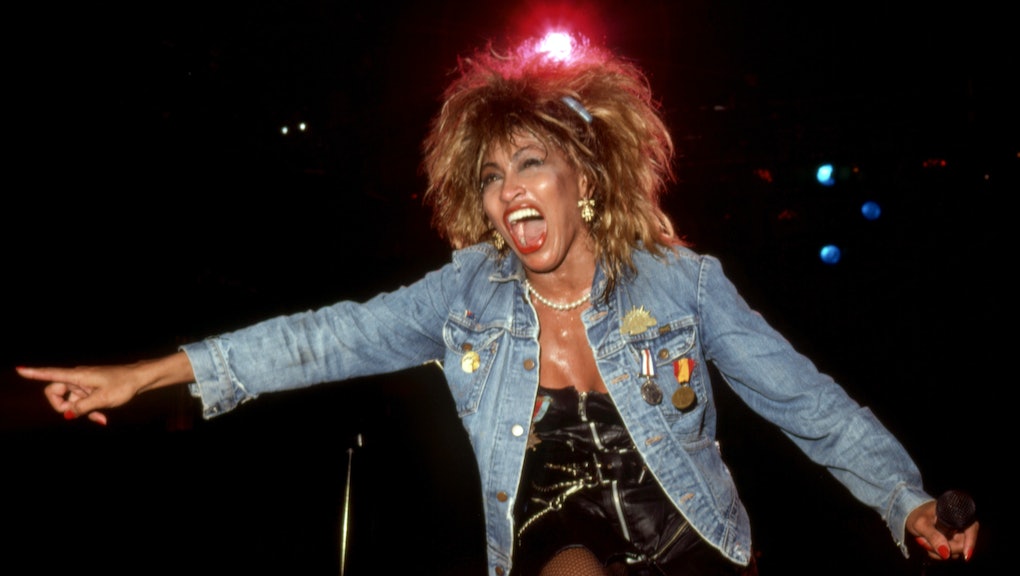 Tina Turner has finally exorcised Ike Turner from her legacy

The most important takeaway from Tina, the new HBO documentary about Tina Turner, is that she’s one of the most dynamically talented entertainers to have ever done the thing. The footage of her performing through the decades is astounding. She’s an unstoppable spectacle, shimmying feverishly in glittering fringe and wailing into microphones with the force of a thunderstorm. “I saw her dancing, and that’s all I could look at,” Le’Jeune Fletcher, Turner’s former backup singer and dancer, says in the film, adding: “I was just so amazed at this woman.” So was Oprah Winfrey, who saw the star perform and thought, “Whatever that is, I want some of that,” as she tells the camera.

The fact that Turner is so preternaturally gifted is one of the many reasons it sucks that Ike Turner, the abusive partner who also launched her career, still factors so heavily into her story. That’s partly the case again in Tina, the new documentary. Their fraught relationship, Ike’s violence and manipulation, and the singer’s eventual escape dominate the first half of the film. But then Tina pivots to Turner’s triumphant second act. And by retelling her story again, probably for the last time, the 81-year-old is cementing her legacy on her own terms, getting the last word and putting the painful parts of her life to rest.

Turner’s traumas have been trotted out again and again over the decades. Looking to extricate her image from Ike’s, the singer gave a tell-all interview to People magazine in 1981, detailing the “torture” her domineering and insecure ex-husband inflicted on her during their 16-year-long relationship. In 1984, she topped the Billboard Hot 100 with "What's Love Got to Do with It" when she was in her mid-40s, becoming the oldest female artist to do so at the time. Turner was more successful than she’d ever been performing with Ike, yet the press constantly interrogated her about their relationship.

Turner tried to put the story to bed with her 1986 autobiography I, Tina, but instead of quelling the conversation, her transparency amplified it. That’s partly because other women were inspired to come forward with their own tales of abuse. “That story reached so many people who felt like they had to kind of keep their secrets locked away deep down,” says playwright Katori Hall in the documentary, who adapted Turner’s story into a 2019 Broadway musical. “It’s like a Pandora’s box.” Then there was also the 1993 film about Ike and Tina, What’s Love Got to Do With It, starring Angela Bassett as the singer and Laurence Fishburne as her abuser. Turner refused to play herself, not wanting to retread her past, but she still sang all the musical numbers.

In other words, not only did Turner live through a nightmare as a young woman, people never let her forget about it, no matter how hard she tried to distance herself from the painful memories. One of the saddest parts of the documentary, to me, was when Turner frankly states she's lived a bad life: “It wasn’t a good life. It was in some areas, but the goodness did not balance the bad.” That’s a hard notion to square with how much beauty, joy, and music the singer has contributed in her decades on this planet.

One of the exciting things about Tina is that the documentary spends ample time celebrating her triumphs in middle age, when female artists are still so often sidelined as they get older. When Turner recruited Roger Davies to be her manager in the 1980s, she told him she wanted to pack stadiums like the Rolling Stones. At the time, no female rock star of any age was doing that. But in 1988, Turner made it happen, packing 180,000 fans into a soccer stadium in Rio De Janeiro, breaking the Guinness record previously set by Frank Sinatra for the world's largest concert audience.

Turner's story made me think of the other young women who've lately, bravely, outed their famous and powerful abusers. On February 1, actor Evan Rachel Wood named rock musician Marilyn Manson as her abuser, accusing him of grooming her as a teenager and physically and emotionally torturing her for years. A deluge of women came forward with similar stories, including Game of Thrones actor Esmé Bianco, who said Manson sexually abused her and chased her with an axe. Last December, singer FKA twigs filed a lawsuit against her ex-boyfriend Shia LaBeouf, accusing him of "relentless abuse," including sexual battery and emotional manipulation, and said it was "a miracle" she survived him. Then there are all the women who've lately told the world that Armie Hammer psychologically and sexually abused them.

I wondered if these resilient, talented artists would be given sufficient space to heal from the horrors they endured. I wondered how long it would be before their work eclipsed their entanglement with a bad man in the public's psyche.

Turner overcame every obstacle in her undeniably challenging and tumultuous life, rising phoenix-like to become the sort of rock icon the world had never seen before. But it took decades for us to have this conversation about her legacy and focus on her triumphs rather than her tribulations. It's funny that the press labeled her ascent to superstardom after escaping Ike a "comeback." As Turner herself puts it in the film about her life, "Tina had never arrived. It was Tina's debut."