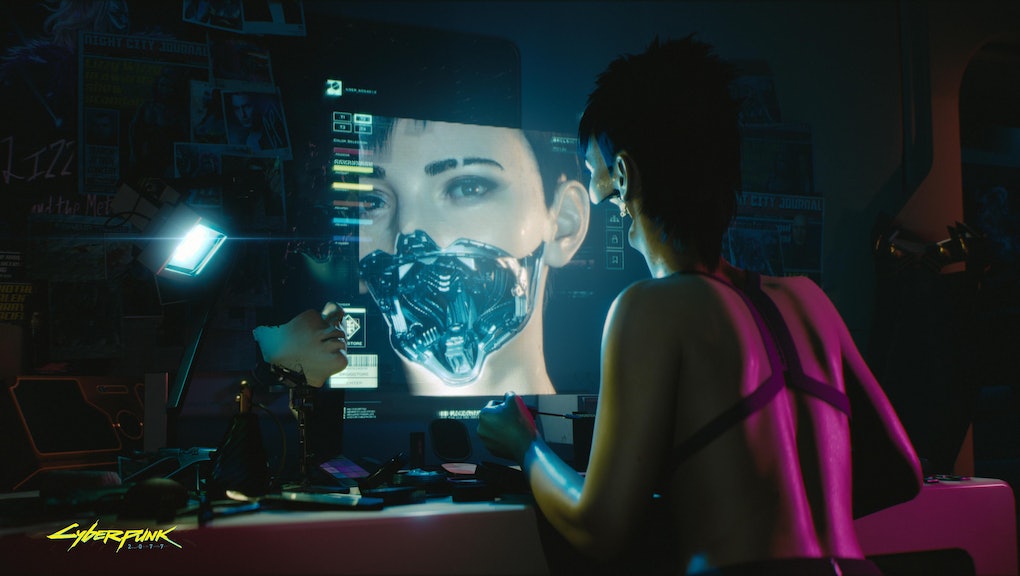 E3 2019 is only a few short weeks away, and as hundreds of video game developers and publishers descend upon the biggest gaming trade show in the business, it's time to look forward to some of what there is to eagerly anticipate seeing more of. It's going to be a bit of a different year, given that heavy-hitters like PlayStation won't have a traditional presence at the show (which means no new Death Stranding news from Metal Gear Solid creator Hideo Kojima). But there are still plenty of E3 2019 games we can't wait to see with attendees ready and waiting to blow our minds with some serious video game goodness.

Here are 7 of the games we’re most looking forward to at E3 2019, from the newest Halo to the first single-player Star Wars game in years.

From what we've already seen of CD Projekt's upcoming dystopian RPG, Cyberpunk 2077 is going to be an impressive spectacle with a massive open world, first-person perspective, and a customizable protagonist named V who you can tailor to your own liking. We've only been privy so far to a few trailers featuring the massive game, but given the studio's prior work on games like The Witcher, it looks like there's likely another hit on their hands with this title.

Set in Night City, a futuristic "megacity" in California, it will let players live out their own cyberpunk dreams, offering plenty of combat; apartments you can purchase and "live" in; NPCs that speak different languages, requiring a translator; branching dialogue and multiple game paths; and even the ability to engage in sexual activity with just about anyone you want. It's going to be a massive undertaking, and given that no one has had hands-on time with it just yet, fans are eager to see how it handles beyond the glossy PR videos.

At E3, gamers can look forward to a potential release date since there have been no announcements on that end just yet as well as additional gameplay and new details surrounding some of the game's more complex mechanics. CD Projekt has been quite secretive about some of the game's finer details, but this could be the year a playable demo hits the floor for journalists and attendees.

The brutal world of Doom is making a comeback with Doom Eternal, the newest first-person shooter entry in the series. It's set to make an appearance at this year's E3, and gamers will be able to get their "rip and tear" on hopefully sooner than later.

Once again, players will take on the role of the ubiquitous Doom Slayer and fight off the forces of Hell as they bring their filth and evil to Earth. Of course, the Doom Slayer will have a menagerie of weapons at his disposal, including the Super Shotgun, Rocket Launcher, Plasma Rifle, chainsaw, and even the new "Crucible Blade" energy sword to make short work of enemies. It'll be rife with gory, visceral kills as you work to rid Earth of the demonic forces that have invaded, but most importantly the same movement options, exciting narrative moments, and new enemy types to balance things out.

There's even a new asymmetrical multiplayer mode coming in the form of "Invasion," where players can join others' campaign modes as demons and fight against them – it's optional, but adds an entirely new dimension to the classic game. Doom Eternal is coming to slay – literally. For hopeful E3 attendees, additional game footage and a chance to go hands-on with the violent shooter would be great, especially at Bethesda's solo event.

Halo Infinite is the next installment in the long-running Halo series, and it marks the continuation of the game's story from Halo 5: Guardians. With Halo mainstay and Xbox icon Master Chief long thought out of commission for the foreseeable future, this game is set to pick up where the previous game left off, and will act as what is essentially Halo 6, according to 343 Industries' Jeff Easterling.

Unfortunately, we haven't heard much about what the actual plot will be, other than the fact that it will continue Master Chief's story. He's alive and ready to rock, but we don't know what happened between the end of Halo 5 and the beginning of Halo Infinite, which is being considered as something of a "spiritual reboot" for Halo. We can rest assured that it will contain all the gunplay and excitement we've come to love from the frenetic sci-fi games, which are rife with lore, memorable characters, and cinematic storytelling. It's been far too long since Halo 5: Guardians' release in 2015, and it's high time to step back into that world.

As far as the game's appearance at E3, a release date could finally be in store, but what we'll likely see instead is a bunch more new footage of in-engine play and potentially a hint at what's going on with Chief.

Gears 5 is dropping its "Gears of War" moniker for a much simpler title, but don't think for a second that the game will be any less complex. This sequel to the Xbox-exclusive third-person shooter with brutal chainsaw kills will focus this time around on front woman Kait Diaz, a soldier who is actually a descendant of the enemies humanity has been facing: the Locust.

Players will take on the role of Kait as she works to learn more about her place in the Locust hive and unlock the secrets of her past. Joining her will be Gears of War 4 protagonist JD Fenix (son of Gears of War lead Marcus Fenix) and Delmont Walker, another character making a return from the Gears series. Along the way, the group will spend time with Marcus Fenix himself in what looks like the most introspective entry in the series yet. We haven't seen much of the game in action just yet, though we've gotten a lengthy trailer, and it looks like the right dose of girl power for Gears fanatics.

For E3, Gears 5 will probably be available to try out, and should definitely get a ton of new footage. No one's been especially cagey about the game, its star, or what to expect. But now it's time to get down and dirty and start playing it.

A new single-player Star Wars game has been a long time coming, but that's exactly what we're getting with Star Wars Jedi: Fallen Order. It takes place following the execution of Order 66, which in the Star Wars universe is the mass extermination of the Jedi Order. As Padawan Cal Kestis, portrayed by Cameron Monaghan, players will take on the role of the only remaining Jedi in the universe.

We've only seen a brief trailer detailing some of what to expect out of the game thus far, but what's there was massively exciting – it's the first single-player Star Wars game since 2004's Star Wars: Knights of the Old Republic II: The Sith Lords. Suffice it to say it's a big deal for hardcore Star Wars fans, and we can't wait to see what it will bring.

At this year's E3, expect to see a first look at actual gameplay, but being able to go hands-on might not happen just yet. EA's going to want to make sure it's had plenty of time in the oven first.

While technically not a completely new game, Monster Hunter World's latest expansion Iceborne is going to be packed full of new content. The paid expansion will be similar in scope to previous expanded versions of Monster Hunter games and is honestly just as exciting as a brand new entry in the series — especially if you've already conquered all there is to see in the base Monster Hunter World game. The title, which is all about becoming a skilled monster hunter while tracking down different types of creatures and slaying them as part of various questlines, all the while reaping some awesome rewards.

This expansion brings an all-new story to the table in the form of a trek to the chilly Hoarfrost Reach. The snowy area is poised to be the biggest region in the game so far, and it will bring terrible foes like the wyvern Banbaro and the colossal Beotodus monster with it. If you thought you'd already conquered the beasts of Monster Hunter World, you've got another thing coming with the debut of Iceborne.

Capcom's almost undoubtedly bringing Iceborne to E3 with playable quests and plenty more information to happily siphon into our brain matter. It'll be a quick sprint from game teases to release, at the very least.

The Borderlands series has been considered one of the finest and most hilarious takes on the "looter shooter" genre out there, and it's finally coming back with a third entry. It's the first mainline Borderlands title since 2012, and it's bringing back what people love about the games: loot, guns, and action. It will follow the events of the adventure game Tales from the Borderlands as it follows the Calypso twins Troy and Tyreen while they search for vaults filled with treasure beyond the game's initial planet, Pandora.

While on their way to clear out the vaults, they run into players in the role of Vault Hunters, who will have to fight off the twins if they want to preserve their way of life. The game is all about killing enemies to grab all their stuff, level up, and become the ultimate Vault Hunter. What's more, you can play it all with friends if you'd like with a multiplayer-centric co-op mode. From what we can tell so far, it looks a lot like the game we know and love, offering up more of the same for hungry audiences.

Given that we've already seen tons of game footage and story reveals, expect a hands-on demo of Borderlands 3 at E3 2019 as well as additional info and a new trailer. It's already been confirmed for a September release date, so it's all about spectacle now.

Of course, this doesn't even begin to cover the ridiculous amount of games we can look forward to at this year's show. There will no doubt be a number of exciting reveals outside of these heavy-hitters, so be sure to keep your eyes on all the different streams and presentations going on throughout the event. It's going to be another great year for games.