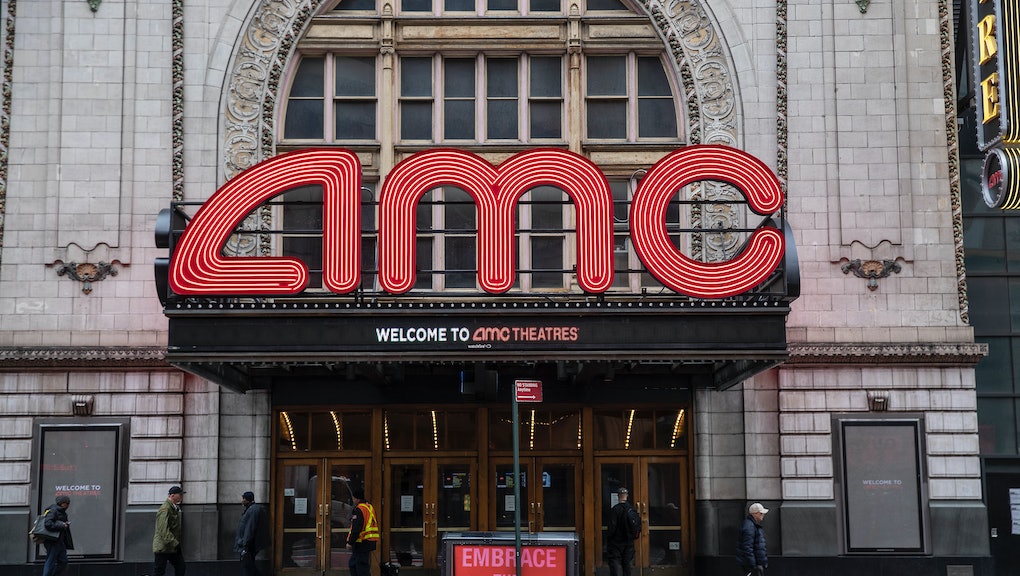 AMC Theaters and Universal Pictures have been bitterly feuding throughout the coronavirus pandemic. But now the two entertainment behemoths have buried the hatchet and inked a deal that should help studios and cinemas alike navigate the post-pandemic entertainment landscape. The new multi-year agreement shortens the exclusive theatrical window, enabling films to drop on premium video-on-demand within three weeks.

Here’s the nitty-gritty behind the pact: new releases from Universal and Focus Features get a 17-day window of exclusivity at AMC cinemas, after which they can drop on streaming services as a premium rental. (That’s those $20 new releases you’ve been seeing throughout the pandemic, which has turned out to be a savvy moneymaker for studios.) What’s really interesting is that AMC and Universal will “share in these new revenue streams,” according to a statement released by AMC’s CEO Adam Aron, meaning that the struggling cinema chain gets a cut of any money made off premium digital rentals.

Rival film distributors are calling the pact between AMC and Universal “seismic,” according to Deadline. One studio boss told the publication, “It’s what we’ve been waiting for,” and foresees other studios and big cinema chains, like Regal and Cinemark, working out similar deals.

The drama between AMC and Universal charts back to the early days of the pandemic, when the studio made the call to shunt several of its new films, like The Invisible Man and Trolls World Tour, straight to streaming to mitigate profit losses, since movie theaters were closed. It turned out consumers were willing to shell out an Andrew Jackson for the novelty of watching a brand new release while stuck at home, and Trolls raked in $100 million in PVOD rentals in its first three weeks in North America alone.

That prompted NBCUniversal boss Jeff Shell to crow about his intentions to keep releasing things straight to PVOD, even when things got back to normal, which didn’t sit well with AMC. Aron, the cinema’s CEO, threatened to blacklist Universal’s movies indefinitely, which was a real gamble when you think about it. The studio made one of the most highly-anticipated films delayed by the pandemic: No Time To Die, the 25th installment in the James Bond franchise, which was supposed to premiere in April. Aside from Tenet, it’s one of the titles insiders hope will revive IRL moviegoing, when it’s safe to do so.

The deal between AMC and Universal almost certainly didn’t stem from an altruistic desire to cement the future of moviegoing — it’s a matter of necessity. Movie theaters, unable to operate since March with no prospect of reopening anytime soon, are on the brink of collapse. America’s failure to contain the virus has dethroned the US domestic box office as arbiter of capital and taste. The only filmmakers creating new content on American soil right now are Tyler Perry and Zendaya, under crazy-expensive and elaborate quarantine conditions. But the pact signals that studios do still value cinemas as a vital part of the entertainment complex, enough to split streaming profits and help keep theaters afloat.