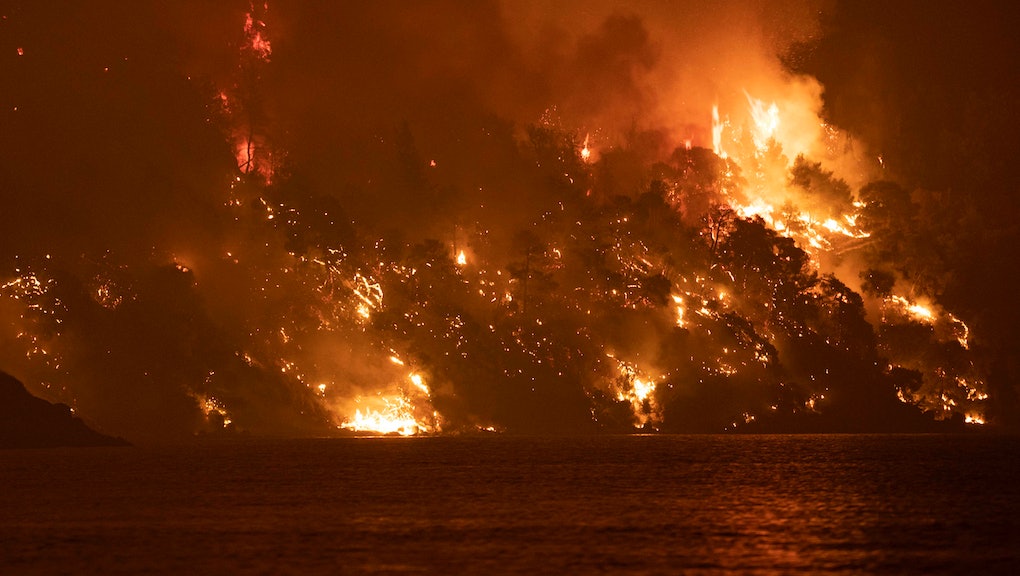 “Code red for humanity”: The new UN climate report is a blaring wake-up call for action

That's the finding at the heart of the latest report from the United Nations' Intergovernmental Panel on Climate Change, the sixth assessment report and first since 2014. Despite much of the world recognizing the reality of climate change and signing on to the Paris Climate Agreement in the intervening time, not enough has been done to reduce greenhouse emissions and attempt to limit the planet's rising temperature. That has left us facing a "code red for humanity," according to UN Secretary General António Guterres, where extreme weather and warming is locked in for the foreseeable future — but we can still take action to prevent a worst-case scenario from coming to fruition.

According to the report's findings, the planet's surface temperature has already risen by 1.1 degrees Celsius since the 1800s, driven largely by humans burning fossil fuels like coal, oil, and natural gas. We were supposed to stop doing that, but we haven't, and now there are going to be consequences. The goal set out by the Paris Climate Agreement was to keep the planet's warming with 1.5 degrees of those pre-industrial levels, but the IPCC's latest assessment found that even a sudden and dramatic international effort to curb emissions would fail to keep temperatures from exceeding that threshold within the next few decades.

That means that the extreme weather that we've been facing in recent years — the uncontrollable flooding, devastating wild fires, record-setting storms, scorching heat waves, seemingly endless environmental destruction that often costs lives —is unlikely to be going anywhere. In fact, odds are it's going to get worse in the near term. The assessment warns that when the planet's temperature rises to 1.5 degrees Celsius above industrial levels, as many as one billion people will be exposed to frequent sweltering heat waves, the most common weather-related cause of death that the world currently faces. Hundreds of millions of other people will suffer from severe droughts, which is likely to impact local and global food supply, while others will be exposed to flooding and rising tides that will displace millions from their homes.

While nations like the United States, China, India, and Russia are among the largest emitters of greenhouse gases, the effects of climate change will not be distributed equally. Developing nations bear a disproportionate burden, according to the UN. These uneven impacts can be seen even in places like the U.S., where low-income neighborhoods experience worse effects and less support for mitigation and recovery despite the fact that wealthier communities have a far larger carbon footprint.

Humans will not be the only ones who are deeply affected by climate change, either. The UN's latest assessment projects that plants and animals will see their environment change dramatically, leading to the likely extinction of thousands of species that will see their habitats become uninhabitable. This will degrade biodiversity, one of the essential natural processes that helps to keep air and water clean, fends off pests, and protects against the spread of disease.

All of that is pretty damn bad, and it could get significantly worse. Continuing down the path that we are currently on with no changes could result in the planet warming to as much as 4 degrees Celsius above pre-industrial levels. At that level, the planet would be barely livable and largely unrecognizable, destroyed by rapidly rising sea levels and plagued by unbearable heatwaves and "black summers" where the skies are blocked by the billowing smoke of destructive and uncontrollable fires.

That fate is sitting there if we choose to do nothing, but we are in no way obligated to let that future find us. Instead, we can choose to act in a collective and coordinated manner to prevent the worse effects of climate change from plaguing the planet. The IPCC's assessment found that it is still possible for us to keep the planet from warming past 1.5 degrees Celsius above pre-industrial levels permanently, even if the threshold is temporarily exceeded. It will require a global effort to cut greenhouse emissions in half by 2030, including largely eliminating the release of methane, which produces more than 80 times the short-term climate impact of carbon dioxide. That should put us on the path to reach net-zero emissions by 2050, which has been the persistent goal of the UN for decades.

We failed to take steps well in advance to make sure we meet that goal, and the deadline is fast approaching but it can still be done. In fact, it has to be. Countries must cut emissions, corporations must stop their ceaseless destruction of the planet. Failing to do so will set us on the path for our own extinction — and we'll deserve it.