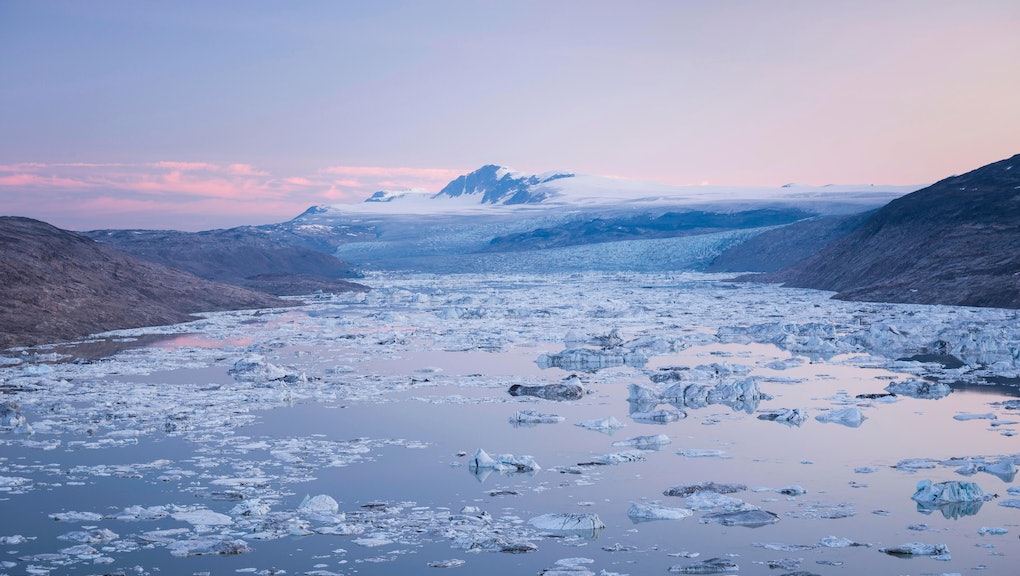 In Greenland, the cool air and freezing cold oceans are no longer a glacier's friends. The environment has changed, finds a new study, and the poor glaciers are suffering for it. A recent survey has led to the discovery of a warm, underwater current flowing beneath these large chunks of ice and that discovery has given scientists an answer as to why Greenland's glaciers are melting so fast.

Other researchers have previously noted that Greenland's ice sheet is melting faster than expected. According to the authors of the study, Greenland's ice sheet has melted so quickly during the past two decades that it has contributed to 25 percent of the global sea level rise. But the blame was always on unusually warmer air temperatures that have melted the surface of the ice. Now that this recent finding has put a spotlight on the importance of the temperatures beneath the glaciers, the warming parts of the ocean, other research teams can take that into account as they continue to track ice melts around the world. It will also help future predictions and ice sheet models become more accurate.

The warming air and water, which some scientists say have speedily increased due to climate change, have been an ice-killer for a while now. Last year, the annual ice melt in Antarctica was notably more extreme than usual, sparking concerns from experts about whether enough ice will be reformed to recover what melted. (Which is what's usually supposed to happen.) Scientists predict that the loss of this ice could eventually change the environment for a lot of creatures — and threaten the livelihood of humans.

Coastal communities are particularly vulnerable as the melting ice increases water levels all around the globe. Predictions have placed at least 300 million people at risk of displacement from rising water levels. And a report last year has already noted that at least 7 million people had to relocate their homes due to extreme weather caused by the change in climate. Food sources for residents on the coast could be at risk of being altered. The concern over these risks has grown enough that the U.N. has considered making 'climate change' an acceptable reason to claim asylum.

Researchers and environmental activists continue to hope that more action against the acceleration of climate change will help keep the effects at a manageable level. Although some experts believe we've avoided an apocalyptic, 'worst-case scenario' of our future, they also concede that we're still not out of the clear yet. Corporations and governments are still struggling to take action against climate change despite all the research behind it. It's a telling sign that mankind still has much to work on to keep the situation from becoming worse.