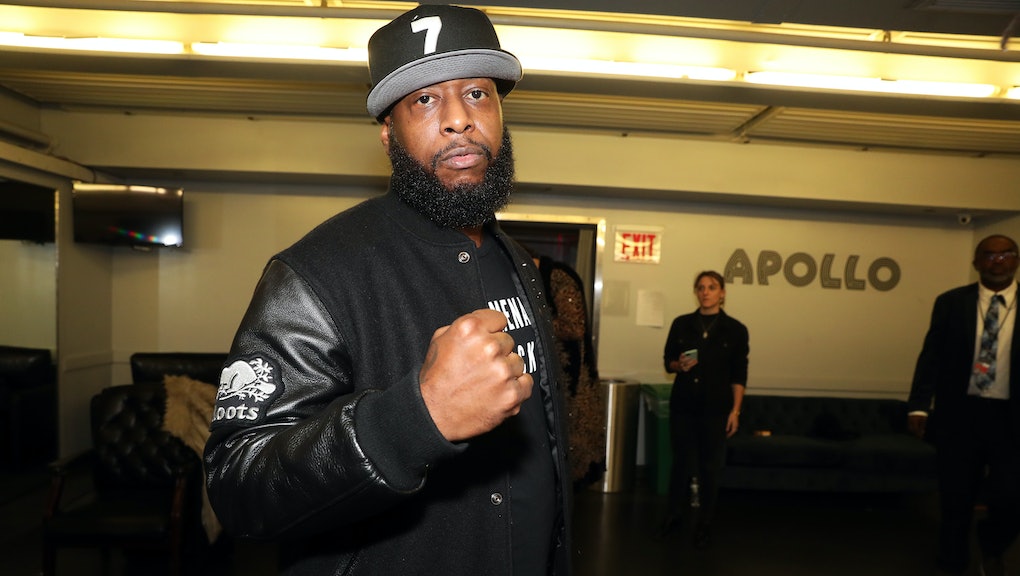 Twitter recently made something of an example of rapper Talib Kweli, permanently banning him from the platform after “repeated violations of Twitter rules." The ban comes as a report in Jezebel describes how Kweli spent pretty much the entire month of July leveling a targeted harassment campaign at a 24-year-old student and activist named Maya Moody.

Kweli took offense to a tweet from Moody in which she replied to a discussion on Twitter about rappers married to Black women. Someone replied with a list of names that included Kweli, to which Moody responded: “Literally almost all of them are married to lightskinned women but that’s a conversation for another day.”

In July, The Root catalogued Kweli’s obsessive targeting of Moody on his social media platforms and asked why the men in the rapper’s life were enabling him to attack a Black woman. Trolls would eventually go so far as to publish photos of Moody's parents, and even her stepmother’s salary. All alongside threats of violence.

After several weeks of inaction, Twitter unceremoniously gave Kweli the boot. The rapper then addressed his ouster on Instagram: “I have officially left @twitter for the greener pastures of @patreon which is membership fee based,” he wrote. “Now most of my exchanges will always be with real fans who invest in me.”

The whole saga, including Twitter’s initial reluctance to more swiftly stop Kweli’s vitriol, is a tale as old as social media. A similar disregard for the wellbeing of Black women was displayed in the ways that sexist memes about Megan Thee Stallion being shot proliferated online. Twitter was flooded with jokes making light of an incident that could’ve claimed the 25-year-old rapper’s life.

More work needs to be done to make social media a safer for marginalized communities, and we ought to start by holding powerful people on platforms to a higher standard. Kweli's audience of 1 million followers on Twitter is as dangerous as any weapon. And as we've seen with celebrities that possess highly organized fanbases, targeted harassment has real life implications.

Twitter's move to ban Kweli is, at the least, a step in the right direction. But holding celebrities accountable for their online actions is only going to become a more serious concern. It is exponentially more harmful for celebrities to share coronavirus conspiracy theories and pseudoscience with their audiences in the middle of a pandemic, for example. Platforms like Twitter and Facebook have more work to do when it comes to protecting their users and if they want to be successful, they should start by protecting Black women.