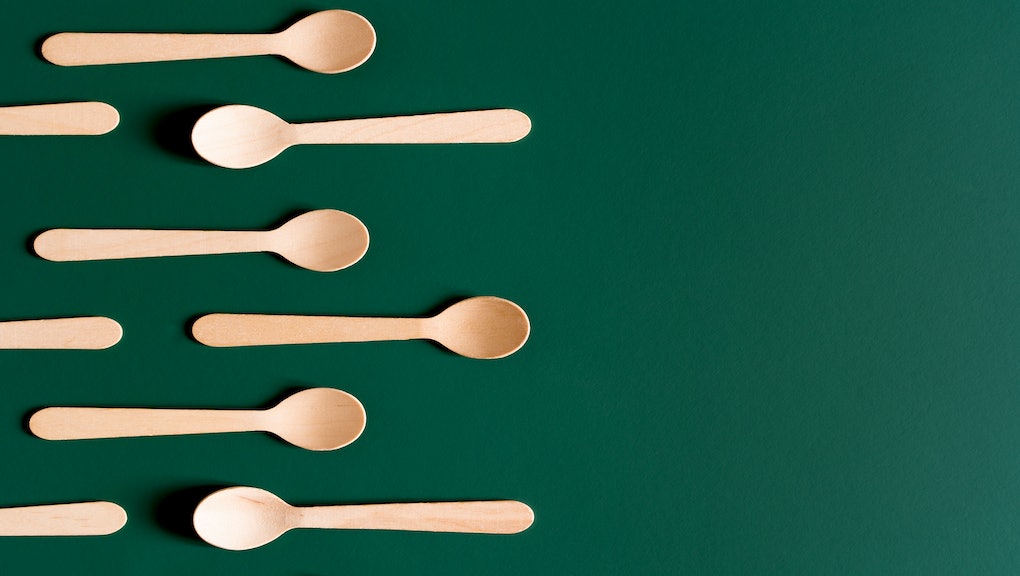 These zero-waste restaurants are committing to environmental conservation

The pandemic changed our lives in plenty of ways — including forcing us to get very familiar with food and drink options in our neighborhoods. But with each order placed comes packaging: plastic bags and cutlery, napkins, and receipts. Sometimes, there's entirely too much waste involved with ordering or dining out; it's often entirely unnecessary and a growing source of pollution. This might be why the zero-waste movement may be the latest environmental trend in the restaurant and bar industry to gain steam. But what is it, exactly?

First, a little breakdown of the oft-used term: The term "zero-waste" refers to an environmental lifestyle that aims to conserve resources by "responsible consumption, reuse, and recovery of products" and materials that we use and toss daily. Think of the trash you’ve made so far today: Was your lunch wrapped in paper or packaged in plastic containers? Did you put in disposable contact lenses or get coffee from Starbucks without bringing a reusable cup? If so, you've begun your daily pattern of creating extra waste. People committed to a zero-waste lifestyle aim to contribute as little as possible to the world's landfills. Sustainable businesses — like zero-waste restaurants and bars — could potentially change that, contributing to the cause and raising awareness of it among their customers. Get to know some of our favorite spots using uniquely green techniques to conserve energy supply and eliminate trash.

Almost everything at Austin’s Counter Culture restaurant is sustainable. Owner Sue Davis and her staff source as many local ingredients and products as they can — including local produce, beer, ice cream, tempeh, kombucha, breads, and more. “We make almost everything from scratch since it saves on packaging that way,” Davis tells Mic. “I couldn’t run a business that creates a lot of waste.”

In fact, she notes, “We are close to zero. I haven't figured out a way to reuse twist ties and a few other small items.” You read that right: Think of all the things in your home you’ll end up tossing in the trash this year — or even this week — and then consider how it compares to the size of a twist tie. That’s dedication.

Davis says Counter Culture’s vegan menu is also better for the environment — and science seems to agree: A University of Oxford study found that a vegan diet could reduce an individual's carbon footprint by 73%. In fact, the same study noted, if everyone in the world stopped eating factory meat products at the same time, we'd suddenly have 75% more land to use. Eliminating factory farming would reduce greenhouse gas emissions too, which would make the resulting frolic through our newly openfields pretty fresh and fancy free.

That pasta water and unused broth you pour down the sink while making dinner has potential — and Electric Burrito, a restaurant that’s set to open in New York City this year, plans to tap into it. In fact, co-owner Will Wyatt says they’ll do several interesting things with the fluids produced and not used in other dishes.

For one, they’ll use the braising liquid from carnitas to make a drinkable broth with fresh lime and chipotle, among other tasty options “We use all of the lime husks for everything from making lime juice for marinades, salsa, guacamole, and more, and to make our Citrus Breeze soda,” Wyatt tells Mic, adding that after chopping cilantro for salsa, Electric Burrito chefs use the stems for rice. “We also use all of the tomato water run-off from our Pico de Gallo to make our Pico Pop, and also make a sauce from our carne asada marinade that will eventually be used on tacos.”

Wyatt says they have also been researching rendering down the fat cap from their steaks, aiming to use it as the oil to sear carne asada. “But we're still tweaking that!” he says. With or without that last option, it’s clear Electric Burrito will prove that inventive solutions are literally going down the drain at other restaurants.

Zero-waste bars and restaurants continue to be pop up around the U.S., including in cities like Philadelphia, Austin, New York, and Washington DC, the latter of which has been pledged to committing to reduce food waste by 60% by 2032. “It’s such a wonderful goal to continuously strive for,” says Justin Cox, founder and CEO of D.C.-area brewery Atlas Brew Works.

Atlas has two locations in Northeast DC, neither of which will have trouble meeting that goal. They’re already well on their way to a zero-waste and low-energy operation. “Breweries use a lot of energy and resources to make beer,” Cox says. ”We are constantly looking at ways to make our processes more environmentally friendly.” He notes that, while they’re not completely zero-waste yet, they hope to reach that status one day.

As part of their efforts, ABW packages their beer in cans rather than bottles, which may not sound like much until you learn that according to Glass Packaging Institute research, 31.3% of glass actually gets recycled in the United States, so about 3.1 million tons of recycled bottles of beer on the wall (so to speak.) 55.9% of all aluminum cans are recycled, according to the according to The Aluminum Association.

They also donate their spent grain to local farms for feed and compost, and use a water recapturing program that harvests water from brewing that would usually just go down the drain. “Brewing beer uses a lot of water, both for the beer itself and for cleaning, processing, et cetera,” Cox says, adding that they configured their brewing system to as much water as possible. “We are saving both the water that would otherwise go down the drain and the energy consumed to heat the water up,” he says. As for some of that energy, both APW locations operate with 100% solar power.

Cox says breweries usually get a pass from the environmentally conscious public, because, well, beer. But, “we need to do our part to help mitigate our impact,” he says. “If everyone shared this mentality, we'd be in a much better spot as inhabitants living off the Earth.” Who wouldn’t want to raise a glass to that?