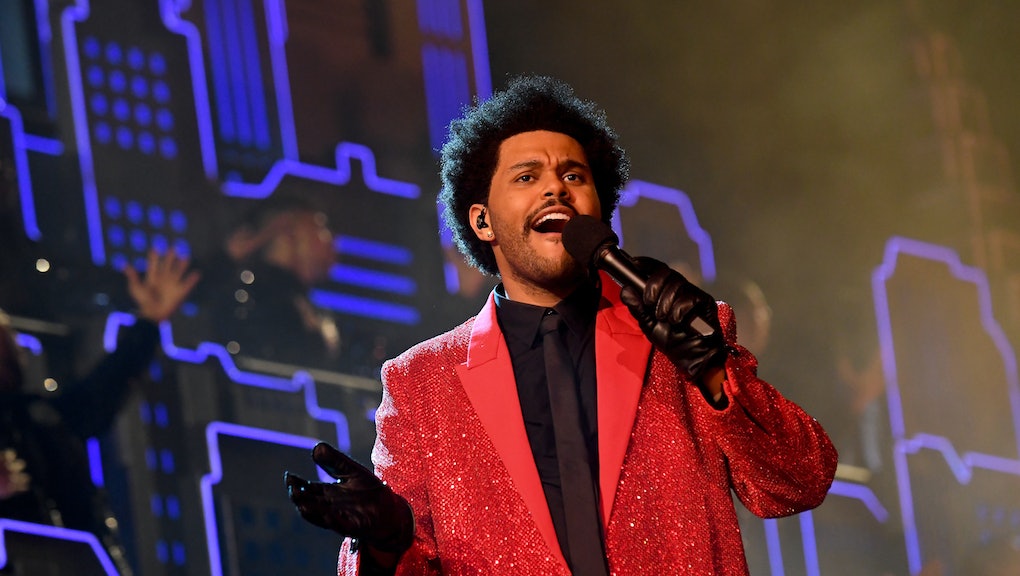 The Weeknd is right: The Grammys' "secret committees" are shady as hell

Trevor Noah is hosting the first (and hopefully only) Grammy Awards of the pandemic this Sunday on CBS, but the Recording Academy doesn’t want the broadcast to feel like a Zoom-centric snoozefest à la some other virtual ceremonies. Rather, after an entire year without concerts, the Grammys are aiming to emulate a music festival. Performers like Megan Thee Stallion, Cardi B, Harry Styles, Dua Lipa, Taylor Swift, BTS, Haim, Billie Eilish, Doja Cat, and Bad Bunny will circulate between five different stages. The only in-person audience members will be the nominees themselves (plus one guest each).

One superstar musician, the Weeknd, won’t be joining on Sunday — or any other future Grammys, for that matter. The “Blinding Lights” singer was completely snubbed by the Recording Academy and didn’t pick up a single nomination for his record-breaking and critically beloved 2020 album After Hours. How come? The Weeknd zeroed in on an opaque part of the selection process, wherein anonymous expert committees have final say over who gets nominated. “Because of the secret committees, I will no longer allow my label to submit my music to the Grammys,” he said in a statement.

The Weeknd joins a cohort of other prominent Black artists who’ve sworn off the Grammys, including Frank Ocean, Drake, and Kanye West. The Recording Academy faced demands to diversify in recent years, especially after just one woman won a major award in 2018 and former president Neil Portnow told female artists to “step up.” The last time a Black musician won album of the year was 2008, and the only person of color to take home the trophy since then is Bruno Mars.

Now, the Grammys have made plenty of weird (mis)judgements. Want proof? Beyoncé has only won a major category once — Best Song in 2010 for “Single Ladies (Put a Ring on It).” Despite being the most-nominated woman in Grammys history, most of her nods have been in the genre categories. This year she got nine, the most for any nominee, including record and song of the year. Hip-hop superstars Doja Cat, Megan Thee Stallion, DaBaby, and Roddy Ricch also picked up record of the year nods.

Indeed, the Grammys have lately made some sweeping changes in pursuit of greater diversity and fairness. They invited 2,300 new members to join the academy in 2020, including Lil Nas X, Victoria Monét, and Le'Andria Johnson. Out of those invited, 48 percent were women and 21 percent were of African American/African descent.

The Recording Academy also launched the Black Music Collective in 2020, with John Legend and Quincy Jones as honorary chairmen. They linked up with civil rights organization Color of Change to lay out actions the music industry can take to better support Black artists. The Grammys also hired Valeisha Butterfield Jones — formerly the Obama campaign’s youth vote director — as chief diversity, equity, and inclusion officer. She told USA Today the academy is moving in the right direction: "I've been in the space now for over 20 years, and I've never seen such an appetite and real commitment for change than I do now, from this organization."

Just 10 days before last year’s Grammy Awards in January 2020, the Recording Academy ousted Deborah Dugan, its president and chief executive, after just six months in the role. They accused her of misconduct. She countered with a lawsuit accusing the institution of voting corruption, among other crimes. (Her predecessor, Portnow, was ousted after his “step up” comments.) In the wake of the Weeknd’s high-profile objection to the Grammys’ opaque nomination process, it’s worth taking another look at Dugan’s allegations against the academy.

The current guy-in-charge, Harvey Mason Jr., national chairman and interim president of the Recording Academy, acknowledged his institution has more work to do. “We’re all disappointed when anyone is upset, but I will say that we are constantly evolving,” Mason told The New York Times in response to the Weeknd’s statement. “And this year, as in past years, we are going to take a hard look at how to improve our awards process, including the nomination review committees.”

“A successful show will be a show that people love and we don't get torpedoed ... based on who wins and who doesn't," Mason told USA TODAY.