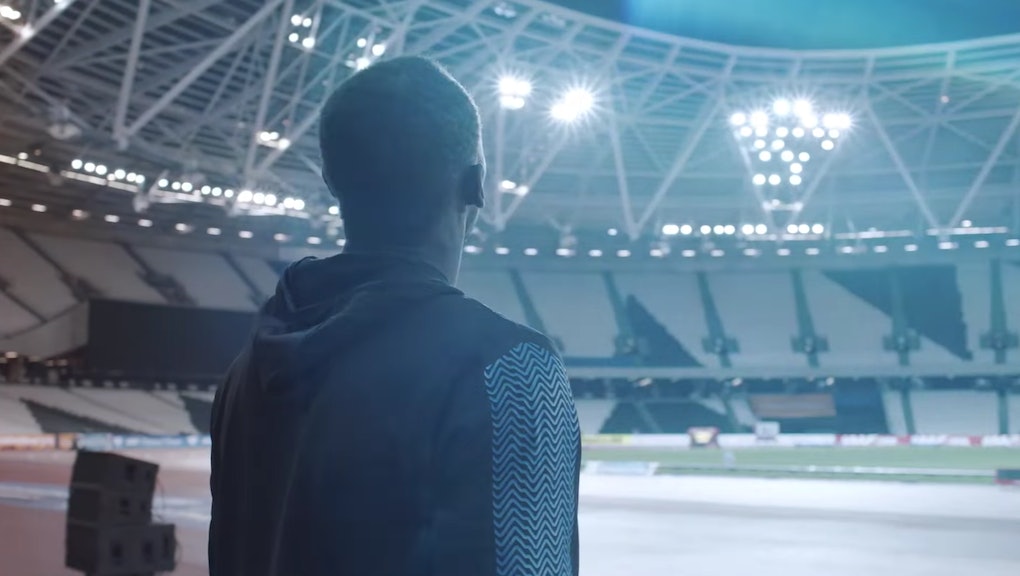 Courtesy of YouTube/I Am Bolt Film

If every two years, you suddenly find yourself emotionally invested in a sport you otherwise never watch, you’re not alone. There’s something about the Olympics that can pull almost anyone in, sports fan or not. Perhaps it’s the simple fact that the coverage tends to be everywhere; it’s hard not to take notice. But more likely, it’s the fact that while sports may be the entry point, the Olympic games often feel like they’re more about people — their hopes and dreams, their grit, their challenges, and their humanity.

But you don’t have to wait two (or three, in the case of the 2021 Olympics) years to indulge in those kinds of stories. Just like the Olympics, the best sports documentaries have an alluring quality that goes far beyond the sports themselves. They captivate us with epic journeys, shocking plot twists, devastating revelations, and unparalleled inspiration. And with the ongoing precarious pandemic circumstances of the Tokyo games currently dominating headlines, they can fill the void of such real-time coverage.

Regardless of what happens with the 2021 summer Olympics, here are 10 sports documentaries you can watch now to get your fix.

In every generation, there’s maybe a handful of athletes who truly transcend sport — and Usain Bolt is definitely one of them. The Jamaican sprinter and world’s fastest man seems almost superhuman, but of course, he’s not. I Am Bolt offers an up-close look at the man behind the glory. The documentary chronicles Bolt’s journey to his “triple triple” Olympic gold record, including both his intense training and his life off the track with family and friends — some clips are even shot by Bolt himself. It’s one of those documentaries that not only lets you get to know the subject intimately, but also leaves you feeling inspired and fired up to take on any challenge that comes your way.

ESPN’s 10-part documentary chronicles Michael Jordan’s epic career with the Chicago Bulls, culminating in the team’s 1997-98 championship season. The series filled the pro sports void when everything else was on hiatus during the early months of the COVID-19 pandemic — but even with everything else back in action, The Last Dance is 100% worth a watch. Each episode is packed with interviews (including commentary from Jordan, Scottie Pippin, Dennis Rodman, and coach Phil Jackson, among many others), behind-the-scenes footage, and more meme-able moments than we probably deserved.

Whew, this one is a wild ride. Icarus starts with filmmaker and amateur cyclist Brian Fogel attempting to pull a Lance Armstrong and prove just how easy it is to get away with doping in the sport. Fogel is aided in his drug regimen by Russian scientist Grigory Rodchenkov, and the documentary takes an intense turn when the latter reveals he had been overseeing Russia’s government-sponsored Olympic doping program. The rest of the film follows Fogel’s investigation into the scandal, led by testimony from the whistleblower, who is reportedly currently in witness protection in the U.S.

“If you think you can’t do something or you’re afraid of doing something, that’s exactly when you should do it.” This quote from Hall of Fame swimmer Kim Chambers encompasses the theme of Kim Swims, a documentary that could inspire even the least motivated among us. In 2007, Chambers — a former ballet dancer — almost lost her leg following a freak accident, and doctors cautioned she might never regain full function. Not only did she later make a full recovery, but she also accepted a challenge from a friend to swim in the frigid San Francisco Bay — which led to her becoming a marathon swimmer determined to complete the “Ocean Seven,” the world’s most challenging open water swims. Kim Swims follows Chambers on her on her journey to be the first woman to complete arguably the most challenging of the seven: the 30-mile swim from California’s shark-infested Farallon Islands water to the Golden Gate Bridge. As Chambers’ friend says in the film, this woman is “tough as nails,” and her story is an unbelievable one to watch.

June 17, 1994 was a big day in sports. Arnold Palmer played his last-ever U.S. Open round; the first World Cup to be hosted in the U.S. kicked off; New York City celebrated its Stanley Cup champion Rangers with a massive parade; the Houston Rockets and New York Knicks played Game 5 of the NBA Finals; Ken Griffey, Jr. tied Babe Ruth’s record for most home runs before June 30th...and O.J. Simpson led police on a low-speed chase through Southern California before ultimately being taken into custody at his home. The latter anchored this ESPN 30 for 30 documentary, that weaves together news footage — and only news footage — of all events for a surprisingly gripping account of how the day unfolded. Even knowing how Simpson’s chase (and trial, for that matter) ended, the way director Brett Morgen stitched together approximately one hour of media — including clips of sportscasters like Bob Costas communicating with producers and grappling with how to cover the other events given the circumstances — and the accompanying musical score will have you glued to your screen. As journalist Tom Brokaw said during one clip, “we are witnessing tonight a modern tragedy and drama of Shakespearean proportion being played out live on television.”

Athlete A is one of two documentaries to come out of the USA Gymnastics sexual assault scandal and the abuse perpetuated by former team doctor Larry Nassar. This one focuses on the team of The Indianapolis Star investigative journalists who first uncovered the scandal. The term “Athlete A” refers to Maggie Nichols, the first woman who reported Nassar to USA Gymnastics. The documentary also focuses heavily on Nichols and several of Nassar’s other victims — including Rachael Denhollander, the first woman to publicly accuse Nassar of assault — who were critical to the investigation and continued to fight for justice since coming forward.

“What we do is we take these wheelchairs and make ‘em into a gladiator, a battling machine, a mad max wheelchair that can withstand knocking the living daylights out of each other,” Marty, a pit crew member for the U.S. wheelchair rugby team explains in the opening sequence of Murderball. It’s a perfect quote to set the stage for this documentary, which follows the U.S. team on their journey to the 2004 Paralympic games in Athens. The sport, developed in Canada, was originally dubbed “Murderball,” and it’s easy to see why: It’s an aggressive, physical, no holds barred sport. But the film also gives us a powerful glimpse into the off-court lives of the athletes featured — including U.S. team captain Mark Zupan and Team Canada coach (and former Team USA Hall of Famer) Joe Soares — who candidly talk about everything from how they became paralyzed to their love and sex lives.

When most people think of Chicago and basketball in the late ‘80s/early ‘90s, they think of Michael Jordan and the Chicago Bulls (see: The Last Dance). But Hoop Dreams — which takes place in the same city and centers around the same sport — offers a completely different perspective. The film follows Black teenagers Arthur Agee and William Gates, both of whom lived in low-income Chicago neighborhoods and were recruited to attend and play basketball for a predominantly-white private high school outside the city. The film spans their entire high school careers and covers the many twists and turns on their journeys to what they hope will be NBA stardom — but it’s as much a documentary about basketball as it is one about the lives of two families, the unrelenting ambition of two kids, and the roles class and race play.

In 2018, climber Alex Honnold’s name was everywhere, thanks to the documentary Free Solo which chronicled his ultimately successful attempt to climb Yosemite National Park’s El Capitan without aids or protection. But while Honnold was the first (and so far, only) climber to ascend El Cap free solo-style, Tommy Caldwell and Kevin Jorgeson were the first to make it up the rock formation’s notoriously difficult Dawn Wall (free climbing-style, with only ropes to catch their falls)— and it was a big deal. This film takes us on their 19-day journey — literally, the camera is right there next to their tent hanging off the side of the wall — and everything it took to get there. For Caldwell, that included surviving being taken hostage in Kyrgyzstan and losing a finger in a woodworking accident. Needless to say, The Dawn Wall is a documentary that showcases both extraordinary athleticism and unwavering human spirit.

“I believe I have experienced a state of depression after every Olympics I competed in,” Michael Phelps, the most decorated Olympian in history, says to the camera. For all the glory the Olympics bring, for many athletes, the international competition — including the pressure, the notoriety, and the post-event return to reality — has also been accompanied by devastating mental health impacts. As Phelps says in the film, “a good 80%, maybe more, go through some kind of post-Olympic depression.” Through candid interviews with athletes like Phelps, Apollo Ohno, Shaun White, Lolo Jones, and more, The Weight of Gold raises awareness about the unique mental health challenges elite athletes face, chips away at the associated stigma, and makes a compelling case for far better institutional support within Team USA.

More like this
The 8 best reality shows you're not watching, but should be
By Brandon Yu
Live from New York: Revisiting the totally bonkers era of post-9/11 'SNL'
By Rafi Schwartz
We learned collective grief from 9/11. We could really use those coping skills right now
By Melissa Pandika
Stay up to date