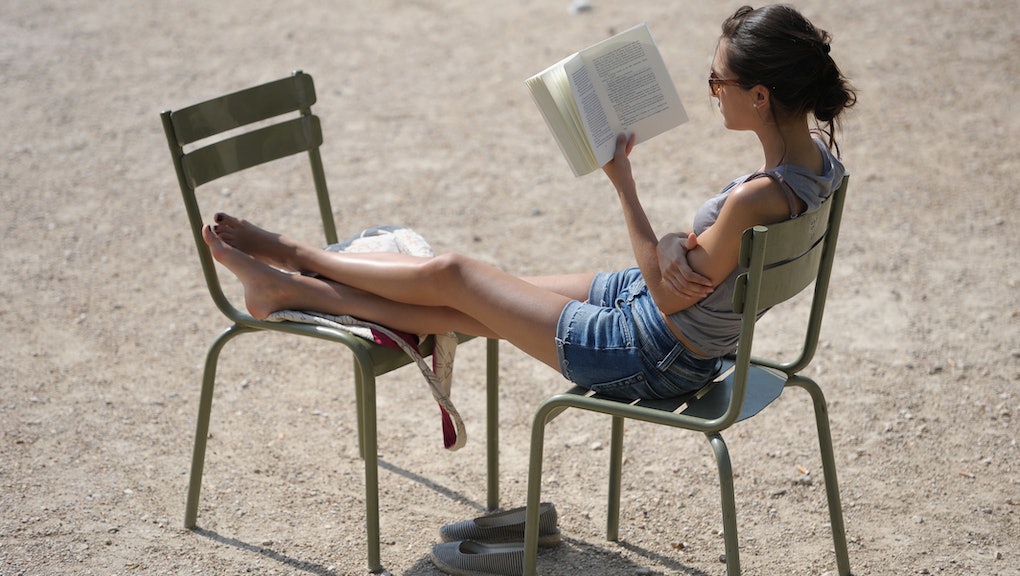 It's mighty easy to feel like you don't have time to read — especially quality literature. Life is hectic, jobs are busy and it's much easier to scroll through an Instagram feed or a TikTok For You Page than it is to sink your brain into some juicy reading matter. But with these incredibly short and beautiful stories, all you need is a few minutes (a lunch break, say) to read great work from the best writers around. These stories are poignant revelations about life and at only a few pages each, they can be read in the time it takes to eat a sandwich.

Brilliant stories (and some spoilers) ahead.

If you want a happy ending, try A.

So begins Atwood's sassy and inventive story that at least pretends to give the reader the choice of which ending they want for the story's two characters. Even with options for endings, which Atwood clearly labels as if part of a multiple choice test, the story makes clear that there is really only one ending to any story.

Inspired by the story of Pygmalion from Ovid's Metamorphoses, the story follows a sculptor who falls in love with a statue he carves. Updike transforms the narrative's message to reveal the narcissism we all bring to love.

Updike makes every sentence of this brief piece count, nonchalantly surprising his readers with a new twist in every paragraph. Soon, we begin to wonder how much of a relationship is based on who the other person really is and how much is based on how we transform them.

Cisneros time and time again captures what it means to be a kid and the overwhelming embarrassment that accompanies childhood. This story about an 11-year-old's birthday manages to perfectly encapsulate what it feels like to be that age and how that feeling never quite leaves you. As Cisneros writes, "The way you grow old is kind of like an onion or like the rings inside a tree trunk." You may add experiences, but you still keep the child within.

Lydia Davis is magnificent for her ability to reveal poignant truths about human existence through the lens of the mundane. "The Sock" is the perfect example of that, capturing all the tension that comes with meeting an ex's new love, all via rumination on one simple sock.

With intimate and minute details like recalling how her ex used to position his feet while reading, Davis describes a scenario nearly everyone can relate to.

And watch the master herself read three of her characteristically very short stories, all in under two minutes:

In a few pages, Hemingway manages to load a seemingly simple conversation with intensity and desperation. The story follows a casual conversation between a couple, but reading between the lines reveals this casual conversation masks a deep pain. Set in Spain years ago, the dialogue remains highly relevant. It is the kind of trivial banter universally practiced by any couple trying to ignore the real "elephant" in the room.

Adichie, author of the celebrated novel Americanah, explores her heritage and her family through her hatred of garri, a traditional Nigerian food. She finds that not eating the food both frees her and separates her from her family, and this brief story expertly explores what it means to belong to a culture.

In this brief tale, Cheever tells the universal story of a long-awaited reunion gone awry, and he tells it in an utterly unique way. Exploring a nontraditional father-son relationship, Cheever illustrates both guilt and disillusionment without any commentary. The circular narrative structure, beginning and ending with a reference to the last time the son saw his father, highlights the futility of reconciliation.

Read it for free here and hear Richard Ford's reading of it here.

8. "The Story of an Hour" by Kate Chopin

This 19th-century Southern writer took on feminist themes in her novel The Awakening. In this smart, moving and much shorter piece, Chopin examines how marriage, no matter how loving, can still become a prison for women.

9. "The School" by Donald Barthelme

Told from the perspective of a schoolteacher who seems to be followed by death, this strange story escalates quickly. The deaths intensify; they move from trees, to fish, to a puppy, to human beings, all with the narrator trying to cooly pass off the idea that nothing is awry.

Barthelme never uses an unnecessary word. Instead, he utilizes avoidance techniques and ellipses to highlight that something is off. It's an absurd but perfectly crafted world — signature postmodern Barthelme — where nothing is as it seems.

10. "The Ones Who Walk Away From Omelas" by Ursula K. Le Guin

Le Guin maintains a dialogue with her readers in her description of the seemingly intensely happy community of Omelas.

This witty story takes a twist when we learn of the dark secret at the root of this universal happiness. By the end of the story it is difficult not to think that perhaps there are some things more important — and more unimaginable — than being happy.

Saunders, the king of writing unreliable narrators, takes less than two pages in this story to make his readers question their own sanity. Following the story of an overprotective father desperate to guard his kids from his neighbor, Saunders blurs lines so expertly that you don't know who is the greater risk — the outside threat or your own fear.

Nobel Prize winner Munro is an expert at the short story, and this is one of her shortest pieces. The story makes subtle commentary on gender roles by following a young girl growing up in the family's fox-pelting business.

Munro uses the story to follow the painful process of growing up while longing for freedom. As Munro writes, "A girl was not, as I had supposed, simply what I was; it was what I had to become."

13. "The Looking Glass" by Anton Chekhov

Nellie looks into a mirror and sees her future, which involves a desperate, hopeless attempt to save her husband from typhus. The story shows the battle between a young girl who believes in the power of love even while coming up against the harsh realities of life — the surprise ending shows how quickly those realities can be forgotten.

14. "The Last Night of the World" by Ray Bradbury

Science-fiction legend Bradbury wrote this as part of a 12-piece series for Esquire in 1951. Bradbury explores a world in which everyone has the same dream that the world would end, yet no one erupts in panic. Instead, the unstated end of the world lends a kind of calmness to society with everyone following their daily routines exactly as planned. The story leaves you wondering what exactly you would do if you knew the world was ending.